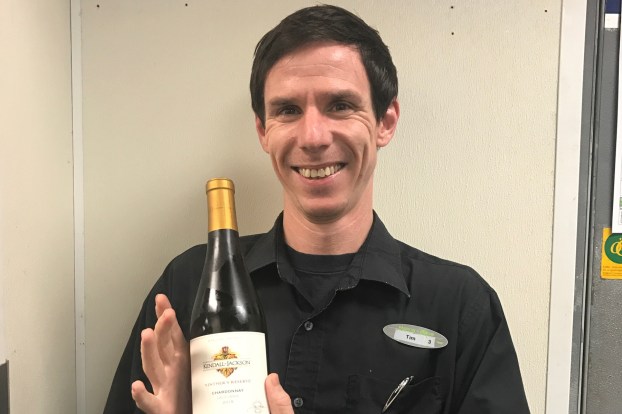 Clanton resident Tim Boehm is competing to become the best bartender through a debut competition hosted by O’Charleys. Boehm is a bartender at the Alabaster O’Charleys and will compete June 21 against other bartenders from the restaurant’s market. (Contributed)

ALABASTER – For Alabaster O’Charleys bartender Tim Boehm, serving up drinks to customers new and old is not only his livelihood, but his passion.

“I think a lot of people look at their jobs as something they have to do,” Boehm, 37, said. “For me though, it is something I truly love to do. I have worked other jobs in the past, but nothing comes close to being a bartender.”

Boehm, who lives in Clanton with his family, recently won the first round of Bar Olympics for the Alabaster O’Charleys, competing against the restaurant’s market of other bartenders from Homewood, Tuscaloosa, Meridian, Miss., Hattiesburg, Miss., Gulf Port, Miss., and Lake Charles, La.

Boehm will advance to the second round of competition June 21 at the Alabaster location where he will be judged against the restaurant’s region, which includes restaurants in Georgia, Tennessee, Mississippi, and Louisiana.

After the second round of competition, Boehm could advance to the final round held in Tennessee at the company’s headquarters.

“I am hoping the other competitors bring their A-game,” Boehm said. “I am also letting my regulars know that I want them there, as well as people from the community to come out. I am also making sure the bar is super, super, clean, and brushing up on old recipes and getting new ones in my head.”

This is the first time the restaurant chain has held a competition focusing on bartenders.

Alabaster O’Charleys bar manager Micah Gould said in the past restaurants have held Kitchen Olympics, but the debut of Bar Olympics aims to find who is the best bartender.

“The bartenders are judged by how well they interact with our guests,” Gould said. “They also watch for product knowledge, the cleanliness of the bar, and turnout at the restaurant.”

Boehm said he was not looking to become a bartender, but stumbled upon the task after being hired by O’Charleys after he visited the restaurant several years ago with his wife.

“I had a lot of fun working the bar, and realized it was something I really wanted to continue doing,” Boehm said. “A lot of the regular guests that I have tell me that when they come in they feel like it is like being at a bar with a friend, which is a true compliment to me. I love people and their stories and interacting with them on a daily basis. The best part is I am able to support my wife and kids with it. If you can have fun and get your guests to enjoy themselves, then I think that makes a good bartender.”

Gould described Boehm as “quick” and “energetic,” and has the ability to be personal with guests within two seconds of meeting them.

“Tim is very good with people,” Gould said. “He can take large amounts of people and still be really personable with them, and he can also be very thorough with their tables. While I have been at the restaurant, Tim has build the biggest selection of regulars that come in. He has so many people that want to keep coming back, and everyone truly enjoys being around him.”

Boehm said his signature drink is the “OMC,” and he enjoys hearing feedback from his customers about the drinks he makes for them.

“Without feedback, you don’t ever know if your stuff is any good,” Boehm said. “I like to make things and let people try them out and let me know if they like it.”

While Boehm hopes to advance to the final round of competition, and eventually win Bar Olympics, he said he wants to bring recognition to Alabaster and his O’Charleys family.

“I want to do well for everyone that enjoys coming to the Alabaster O’Charleys,” Boehm said. “To be able to do something they can be proud of. I know it sounds crazy, but when I wake up each day I am truly excited to go to work. I am very blessed for sure.”