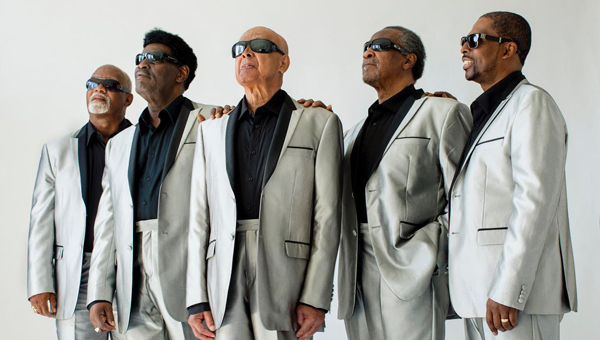 The Blind Boys of Alabama is a five-time Grammy award-winning gospel group that has been inducted into the Gospel Music Hall of Fame. (CONTRIBUTED)

Blind Boys of Alabama to perform at Hoover’s Freedom Fest

HOOVER – The city of Hoover will host the Blind Boys of Alabama at its fifth annual Freedom Fest Fourth of July celebration at the Hoover Metropolitan Stadium this year.

The Blind Boys of Alabama have the distinction of being recognized around the world as both living legends and modern-day innovators.

They are a five-time Grammy award-winning gospel group and have been inducted into the Gospel Music Hall of Fame.

The Freedom Fest event will begin at 5 p.m. on July 4 and will also include a car show, kids zone and a fireworks show.

All antique, classic, sports and racing car owners are invited to arrive at 4:30 p.m. to display their cars in the Freedom Fest Car Show at no charge.

The kids zone will include inflatables, face painting, balloon twisters and more.

The ‘ZOOperstars,’ one of the fastest growing entertainment acts in the country, will also make an appearance at Freedom Fest.

The Blind Boys of Alabama will begin performing at 7:30 p.m. followed by fireworks beginning at 9:00 p.m.

“It’s going to be an exciting night in Hoover as we celebrate Independence Day,” Hoover Mayor Frank V. Brocato said. “The city of Hoover looks forward to welcoming the Blind Boys of Alabama to our city.”

Concession stands will also be open during Freedom Fest at the Hoover Metropolitan Stadium.