COLUMBIANA – A 42-year-old Birmingham man has been sentenced to 90 years in prison for human trafficking and drug charges. 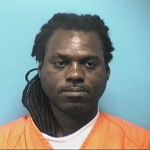 Circuit Judge Lara Alvis on Wednesday, June 21, sentenced Kelandus Tarvares Consenta to 50 years in the Alabama Department of Corrections for trafficking heroin and 40 years for human trafficking, with the sentences to run consecutively, according to court documents.

Consenta was also sentenced to one year in prison, to run concurrently, for unlawful possession of drug paraphernalia.

A Shelby County jury found Consenta guilty on May 10, after a trial that began May 8.

Alvis presided over the trial.

Consenta, who lists an address in the 800 Block of 12th Avenue South in Birmingham, was arrested in August 2014 and held at the Shelby County Jail on bonds totaling $531,000 after he required a woman to prostitute herself in exchange for “drugs, money and shelter,” according to court documents.

Consenta’s trafficking heroin charge came when he allegedly had 5.1 grams of the drug while at the intersection of Cahaba Park Circle and U.S. 280 at the time of his arrest.

He also allegedly had syringes used to inject “a controlled substance,” according to his arrest warrant.