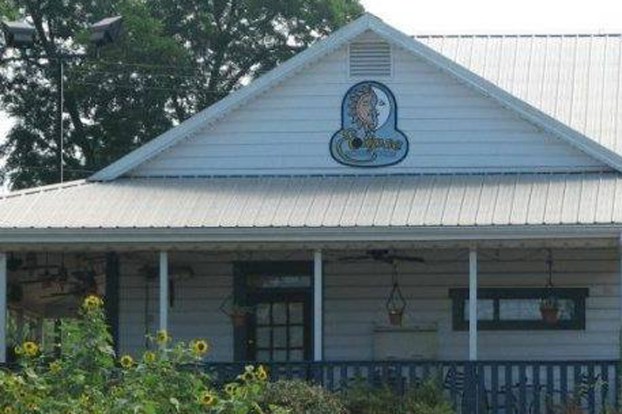 Eclipse Coffee and Books, which is has been considered a staple in Montevallo, announced that it will permanently close on July 27. (Contributed)

MONTEVALLO – Eclipse Coffee and Books, a popular Montevallo restaurant and bookstore, recently announced that it will permanently close its doors in late July. According to a post on Eclipse’s Facebook page, the announcement came with “a confusing mix of emotions.”

“For a variety of reasons, we think it’s time to go. It has been quite a ride these last 16 years, but it was bound to end at some point, and this is it,” the post continued. “We are overwhelmed with pride about the love and community that has circled us since we opened, and we know it will be hard to replace.”

For many locals and University of Montevallo students alike, Eclipse has widely been regarded as a popular hangout spot. Since it opened in 2001, owner Michael Patton said Eclipse has served as a place for concerts, book signings, wine tastings and other events.

“It feels very gratifying to have created a sense of community that’s welcoming for everyone,” Patton said. “People came here and made lifelong friends.”

According Patton, who co-owns Eclipse with his wife, Cheryl, and business partner Mary Maxwell, said they decided to sell Eclipse after they received an offer from a real estate company.

“The offer was probably higher than the real estate value of the land,” Patton said.

Patton also said his wife is instrumental in running Eclipse, and they both are planning to retire from the restaurant business.

The Facebook post mentioned that Cheryl Patton will “take a well deserved break,” the couple will remain in Montevallo and Michael Patton will continue to teach philosophy at the university.

Patton said they are trying to preserve the front part of Eclipse, which was originally a house, and move it to another location in Montevallo.

Patton also said he and the other co-owners are currently trying figure out where to house the three cats that live at Eclipse, Doppelganger, Sillyhead and F3.

“We’re going to work out what’s best for them,” Patton said.

University of Montevallo alumnus Jacob Robertson said he frequented Eclipse on almost a daily basis as a student, and referred to Eclipse as a “hub for [his] return visits to Montevallo.”

“I knew I could always find a familiar face on the Eclipse porch. The place was one of a kind, and it’s hard for me to imagine that anything will be able to fill the void left by its closing,” Robertson said.

Ever since the owners made the announcement, Patton said the positive response they have received from the public feels bittersweet.

“Seeing all of these testimonials has been very rewarding,” Patton said.

“We want to go out on a high note, and I think we’re doing that,” Patton said.

Montevallo Chamber of Commerce Director and Eclipse regular Steve Gilbert said he has personally seen the positive impact Eclipse has had on Montevallo, and the city will not be the same without it.

“It’s going to leave a big hole in the fabric of our community,” Gilbert said.

ALABASTER – Members of the Alabaster community gathered outside of Buck Creek Pizza and Wings to cheer on local law... read more