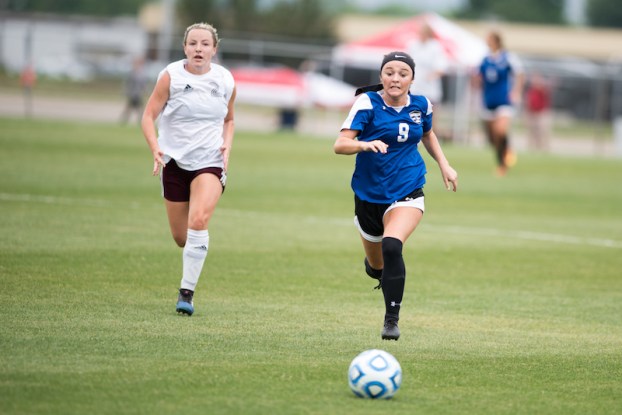 It’s a sad day in the world of Shelby County sports as we officially put a close on the 2016-17 sports season by taking a look at our last All-County list of the year. So far we’ve crossed off baseball, softball and boys soccer and now it’s time to delve into the realm of girls soccer.

The spring of 2017 brought some of the best girls soccer performances we have ever seen in Shelby County as three teams made their way to the Final Four and two of those three went on to win state championships in Briarwood and Chelsea. To put into perspective how impressive this year was on an individual athlete level, last year’s leading goal scorer was Sydney Barrow’s 24 goals.

This season that number was surpassed by 30 goals as Sarah Adcock exploded for 54 total goals. She wasn’t alone in topping Barrow’s total as Barrow herself added 30 goals this year and five more posted 25 goals or more in Haley Greene (42), Julia Pack (33), Jasmine Greene (30), Hailey Whitaker (25) and Morgan White (25). Those are just a handful of the standouts to make the 2017 All-County Girls Soccer Team.

Forward: Sarah Adcock, Briarwood, senior. Her senior campaign was nothing short of amazing earning her this year’s Player of the Year nod. Adcock had one of the best seasons in the history of the county with a county-high 54 goals as well as 10 assists, which gave her an unbelievable total of 118 points. She capped her career off with 10 goals in the Final Four as she led the team to a state championship and picked up the MVP honor. She is now off to Mercer University.

Forward: Haley Greene, Chelsea, senior. For the second year in a row, Greene has found a spot on the first team. She did so by setting a new school record with 42 goals, which ranked second in the county, and adding 11 assists for a point total of 95. In the last two years alone, she combined for 65 goals and 26 assists and helped lead the Hornets to their second state championship in school history.

Forward: Sydney Barrow, Indian Springs, senior. Barrow followed up her 24-goal junior season with 30 during her final year with Indian Springs. The Birmingham Southern signee also added 11 assists on top of that and led Springs to a solid record of 14-6-2. 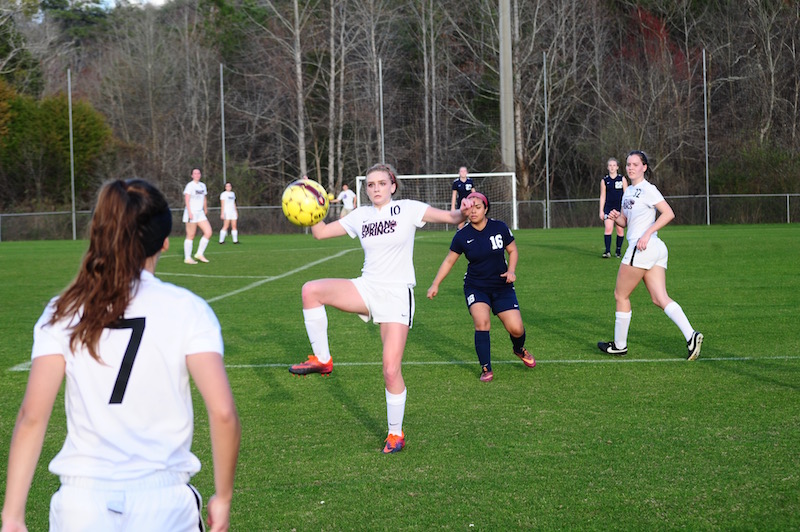 Forward: Hailey Whitaker, Oak Mountain, junior. It was Whitaker’s speed and shiftiness that made her so much fun to watch as a junior. It made her difficult to defend, which led to her finishing second on Oak Mountain’s team with 25 goals and 19 assists. She helped take the Eagles to the Final Four this season and is one of three strong offensive returners coming back next spring. 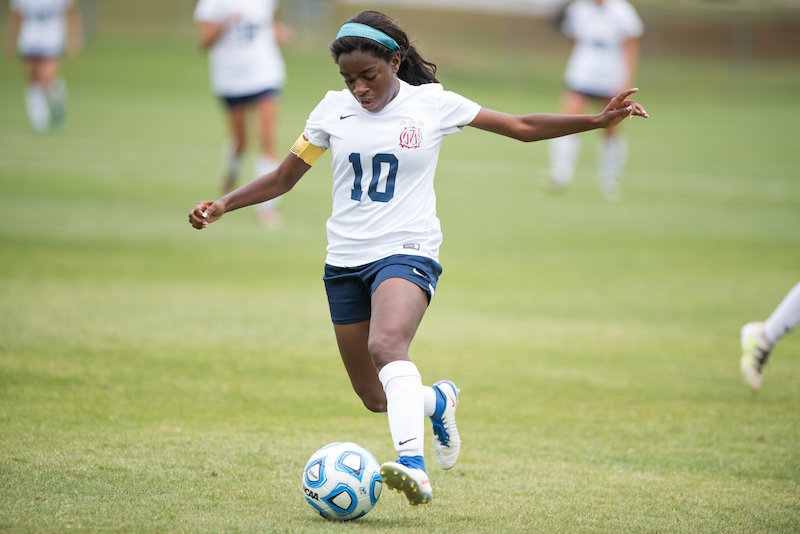 Forward: Jasmine Greene, Spain Park, sophomore. Greene was not only one of the best forwards in the state, but a complete game changer. Offensively this year, she picked up 30 goals and six assists including a five-goal performance against Mountain Brook with their playoff lives on the line. She finished as a first team member on the All-Metro team and runner-up as the All-Metro Player of the Year. Watching her live, Greene was easily a top five forward in the county and state this year. 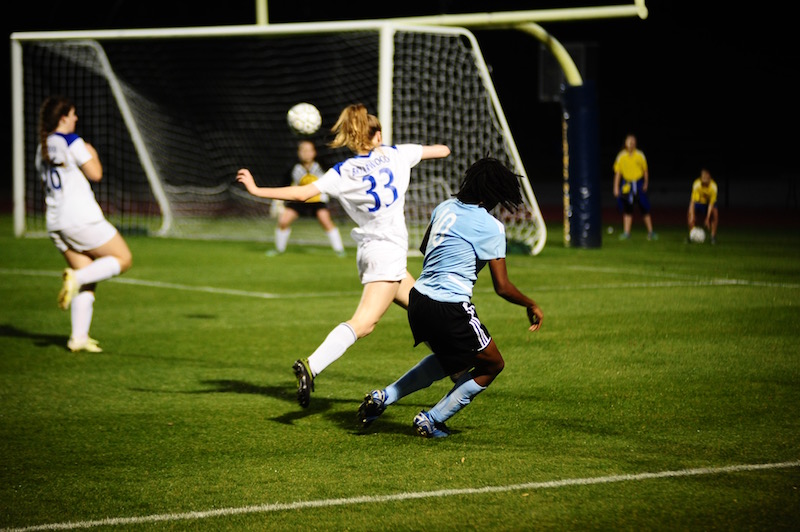 Midfield: Julia Pack, Oak Mountain, junior. Pack has been on the Eagles’ varsity squad since the eighth grade and has taken the team by storm. She followed up her 19-goal, 17-assist sophomore year with 33 goals and 24 assists during her junior seasons. She was also named as a Gatorade Player of the Year nominee in the state. Coming into her senior season, Pack will be one of the best players in the state. 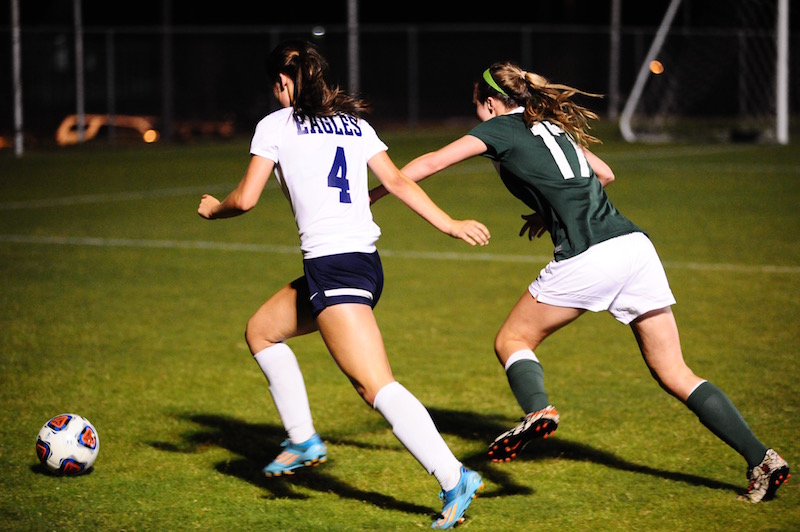 Midfield: Nicole Payne, Oak Mountain, sophomore. A third member from Oak Mountain on the first team, Payne was by far the fastest player I saw this year. She sprinted by defenses on multiple occasions finding the open teammate or firing in a goal more often than not. She had 21 goals and 23 assists as a sophomore and will be one of the big three back for the Eagles’ offense in 2018.

Midfield: Madeline Guillen, Chelsea, senior. The senior had 13 goals and 14 assists during her final season as a Hornet following up her 15 goals and 13 assists last season. She had 39 and 43 points during her final two seasons in Chelsea as she finished her career in the top four in both goals and assists at the school. She will now head off to North Alabama to continue her career.

Defender: Madison Martin, Chelsea, junior. A central defender, Martin anchored a back line that picked up four shutouts in five playoff games including both the semifinals and finals. She has been selected to compete in the North/South All-Star game and is already committed to play collegiately at LSU.

Defender: Kayla Wiggins, Spain Park, junior. Wiggins was the team captain of this year’s squad and picked up five goals and five assists during her junior season. She always handled the duty of defending the opponent’s top attacking player, which included some of the best players in the state.

Defender: Lauren Hoaglund, Westminster, junior. Hoaglund wasn’t just the top defender on the Knights’ team, but one of the top defenders in the county after helping lead her team to nine shutouts. She helped Westminster spend the majority of the season as the No. 1 team before finishing with a 13-7 overall record.

Goalkeeper: Sabrina Lang, Chelsea, senior. Some goalkeepers may have had better stats in the long-scheme of the season, but no one stepped up more when their team needed them than Lang. She recorded seven shutouts after playing a schedule that featured 16 ranked teams this season. What she did in the playoffs was the most impressive aspect of her season, however. She posted four shutouts in five postseason games, including both the semifinals and state championship game. The only game she gave up a goal in was against John Carroll, but in that game she became a super hero stopping several clutch PK attempts to keep the Hornets’ season alive.

Forward: Morgan White, Westminster, freshman. White was key in the girls basketball team’s final four run and was also instrumental for the soccer team’s success this season. She finished her freshman year with 25 goals and 20 assists, which was good enough for 70 points. With three more years of eligibility, White is a future phenom.

Forward: Meghan Cottingham, Thompson, senior. She scored 15 goals and added 15 assists during her final year with the Warriors that ended with an overall record of 13-11-2.

Forward: Maggie Adcock, Briarwood, senior. Sarah’s twin sister wasn’t so bad herself. Maggie added 16 goals and 20 assists and will play at a SoCon school just like her sister as she heads off to Wofford University. 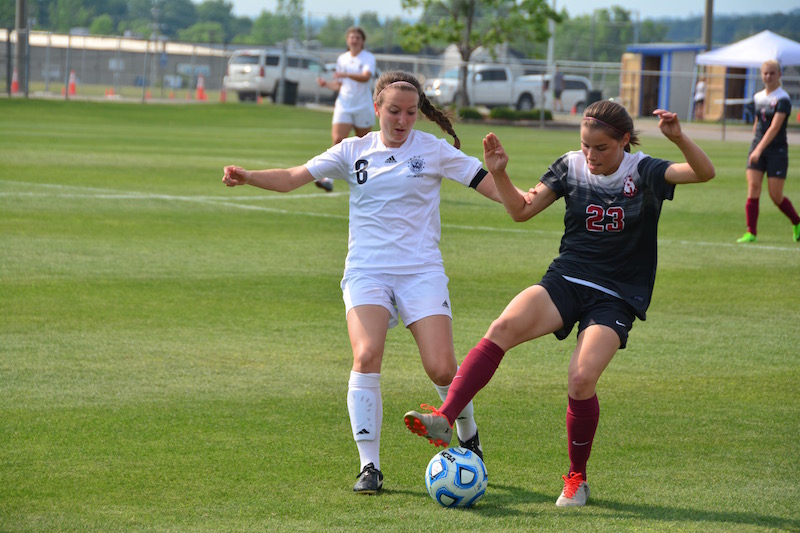 Forward: Michelle Hernandez, Pelham, freshman. The future of Pelham girls soccer is bright with Hernandez after the freshman went off for 15 goals and started every game for the Panthers in 2017. She was named the team’s offensive MVP for her efforts.

Midfield: Alexa Williams, Helena, senior. Williams scored six goals and added one assist offensively, but her 23 steals defensively was what stuck out, especially considering she was tasked with stopping opponent’s No. 1 attacker.

Midfield: Sara Scherer, Oak Mountain, senior. Ond of just six seniors on the 24-man roster. Scherer was able to pick up 12 goals and 10 assists in her final season with the Eagles.

Midfield: Jenyfer Aguilar, Pelham, sophomore. Another one of the young playmakers on Pelham’s defense, Aguilar tallied five goals and five assists. She was a team captain and picked up the Panthers’ hustle award for the season.

Midfield: Lucy Thrasher, Oak Mountain, senior. As one of the team’s captains, Thrasher picked up two goals and 10 assists during her senior season. She was an anchor on the defensive side of the ball as the Eagles’ best defender.

Midfield: Madison Cobb, Spain Park, senior. Cobb added a second threat to Greene, especially when defenses became too focused on her. She added 10 goals and eight assists for the Jags. She was Spain Park’s lone senior this season and is now off to West Georgia. 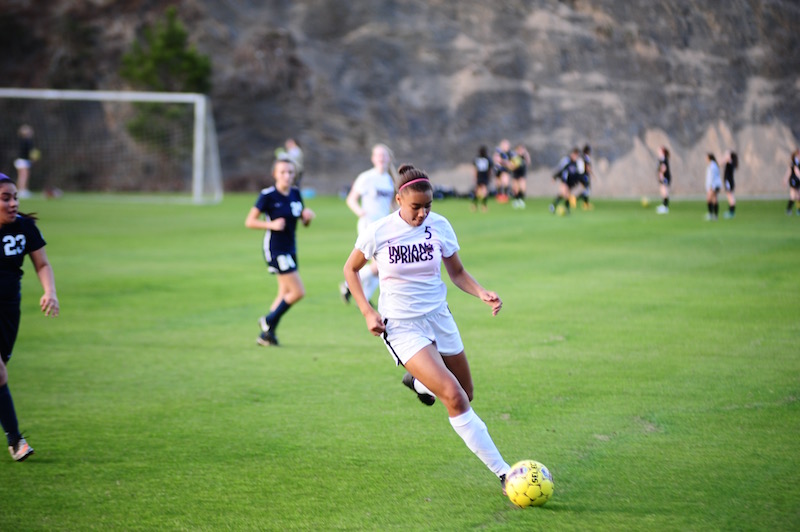 Defender: Rebecca Rodgers, Helena, sophomore. Only one goal this year, but had an impressive 32 steals defensively for the Huskies. She will be the team leader during the next two years.

Defender: Peyton Poe, Thompson, junior. A strong defender, which ended up leading her to strong offensive chances as she posted five goals and four assists for the Warriors.

Goalkeeper: Alyssa Vess, Oak Mountain, senior. Elizabeth Hunt, Indian Springs, senior. Vess had some incredible games during her final season with Oak Mountain posting nine clean sheets and giving up just 10 goals in 20 state games. She didn’t give up more than three goals in a single game the entire season. Hunt posted nine shutouts in 21 games this year and although she faced a lot of shots, she picked up 161 saves, which led to a goals against average of 1.43.