“Yes, I do have an amazing daughter. She loves all this rodeo stuff, too,” said Kathy Knowles Turner, mother of 9-year-old Junior Rodeo upstart Chanlee Turner. “She is fearless, even if it is tough on her mom’s heart sometimes.”

Chanlee didn’t enter the Alabama Junior Rodeo Association’s (AJRA) competitions until January, halfway through the rodeo season, yet still collected enough points to be in the running for “Rookie of the Year” honors. 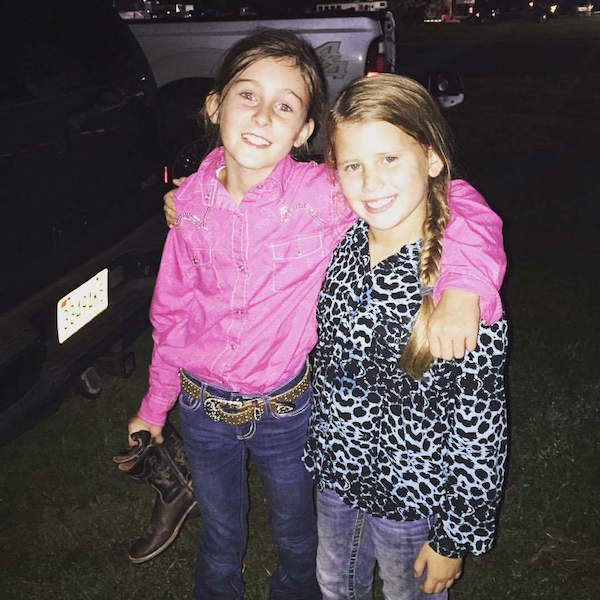 “Chanlee only started mid-year, otherwise she could have conquered the whole thing,” said aunt Renate Turner Ray, also a rodeo mom. “She is a gritty little kid and has a whole lot of will.”

Chanlee, a fourth grader in Chelsea’s Forest Oaks Elementary School, has been riding most of her life.

“Her aunt and uncle own 3R Rodeo, a stock company out of Jemison,” said mom Kathy. “So she has always been around the horses. She was riding exhibition this year. We noticed her times were really getting faster, but we hesitated giving up her ‘Rookie of the Year’ chances with AJRA. Her dad said she should go ahead and get the experience. We didn’t know.”

The Alabama Junior Rodeo Association’s website says they have “something for everyone.”

“The Goat Tying turned out to be my favorite,” Kathy said, “And it’s a little easier on my ‘momma heart.’ It doesn’t feel as dangerous. She wasn’t going to do the Goat Tying; she had never even attempted it. But, they said we should just let her try that one too.”

Chanlee had no experience. Neither did her dad, so they studied it on YouTube and she practiced on a Goat Tying dummy.

“The night before her first competition, she must have thrown that goat 60 times in the living room, teaching herself how to do it. She came in fifth place that competition, then third soon after.”

In the finals Junior Rodeo weekend of the season, Chanlee placed second in one barrel race, and earned enough points for 12th place overall. Not bad for someone who missed half the year.

One of the purposes of the AJRA is to “Keep the Western Heritage alive in America and the state of Alabama.”

That goal flourishes in Chanlee. She adds, “Barrel racing is my favorite sport, and I hope to be doing it for a long time.”

By TONY NIVENS / Community Columnist “My daughter texted me three times about an initial meeting of the Chelsea Historical... read more