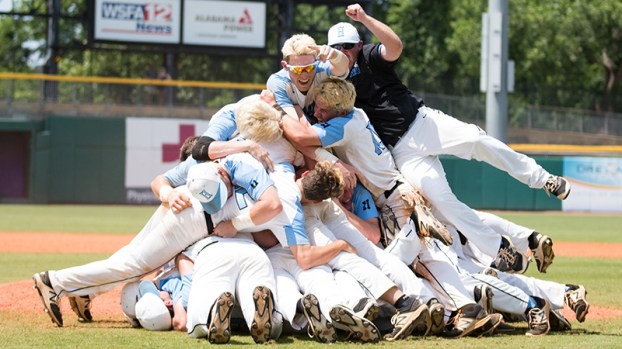 HELENA–The Helena High School varsity baseball team had an unbelievable season in 2017 that concluded with the Huskies winning the 6A state championship and a 38-6 overall record.

What better way to learn the fundamentals of baseball and more than from the players and coaches of a championship-winning program?

On July 24-26, Helena High School will host a youth summer baseball camp for children between the ages of 6-12. The camp will be held from 9:30 a.m. to noon each day.

The cost of the camp is $75 and campers will receive instruction with the primary focus being on fundamental and skill instruction with an emphasis on stressing the importance of academics, character, teamwork and sportsmanship. The camp will be a great opportunity for younger players to build a proper foundation to become a better baseball player, according to the camp philosophy. Campers will also receive a camp T-shirt for attending.

Per AHSAA rules, only kids registered in Helena schools may attend the July Helena Baseball Camp.

The main contact for the camp is Helena head baseball coach PJ Guy. Guy has led the Huskies baseball program to the playoffs the past three seasons, which included an AHSAA 5A State runner-up finish in 2015 and an AHSAA 6A state title win in 2017. Helena was also ranked No. 1 by MaxPreps in a national computer poll in 2017.

Guy can be reached at 393-8731 or pguy@shelbyed.org. Checks should be made payable to Helena High School Baseball, 1310 Hillsboro Parkway.

To find a registration form for the camp, visit Podcasts.shelbyed.k12.al.us/hlhs-athletics/baseball/.