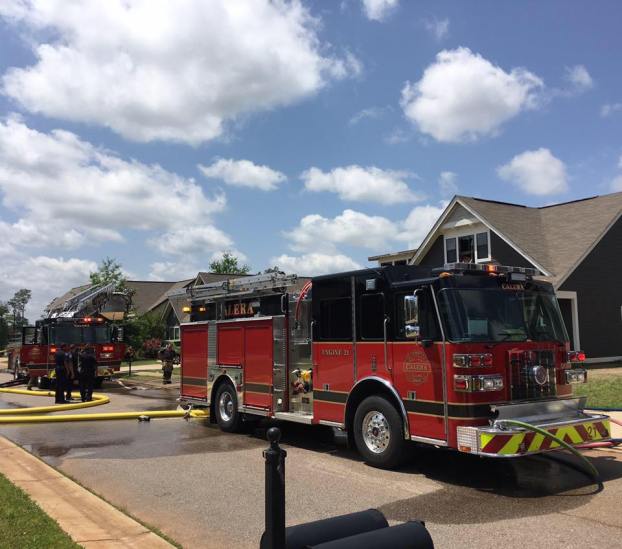 Kendrick said the Calera Fire Department received the call about the fire at 10:24 p.m. When firefighters arrived at the scene, Kendrick said flames and smoke could be seen on the roof and on an exterior wall of the building. No one was inside of the building at the time of the fire.

“We train for situations like this,” he said. “Every unit that arrives on the scene has a designated responsibility and they perform those responsibilities as soon as they arrive on the scene. The fire was extinguished quickly and there were no injuries.”

“It took about 10 minutes to confine and extinguish the fire,” Kendrick said. “There was some damage to the roof and the interior of the building, but it’s not a total loss.”

Kendrick said the building is currently undergoing renovation. The Montevallo Fire Department was called as well, but the call was canceled before they arrived.

The cause of the fire is under investigation.

Adcock named 2017 Player of the Year

By ALEC ETHEREDGE | Sports Editor NORTH SHELBY – Spotting a difference maker on the soccer field can be somewhat... read more