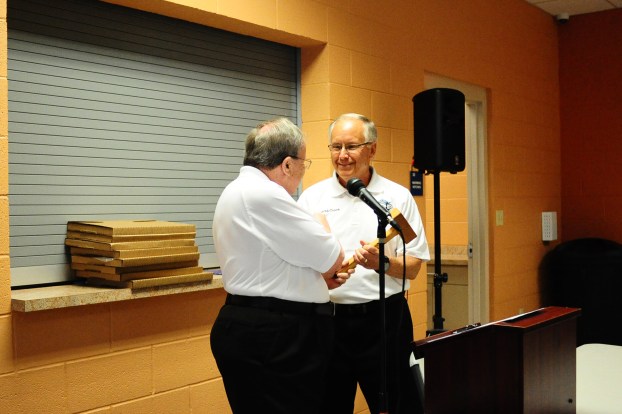 CHELSEA- The Chelsea Citizens Observer Patrol recognized several members for their service and announced the new COP director at its annual COP Picnic on the evening of Tuesday, June 27.

According to current director Jim Thornton, each year’s picnic is a celebration for members.

“It’s basically a thank you for what everybody does all year long,” Thornton said.

Thornton said While the COP has an awards ceremony every year, Thornton said he thought it would be best to take an additional opportunity to recognize more people.

After two years, Thornton announced that he is stepping down as the COP director as of July 1. Thornton introduced David Cheek as the new director.

Within the past two years, Thornton said he has seen in increase in membership. He said he has also seen members patrol for more hours and cover more ground.

“I’m pleased with what everybody has been able to do,” Thornton said. “I think the new director will do a great job.”

Cheek said he considers it an honor to be a part of the COP, and looks forward to serving as director.

“It is abundantly clear the magnitude of the work that goes into this organization. Volunteers with the COP do what needs to be done when it needs to be done,” Cheek said. “All I can hope is to do is follow in (Thornton’s) footsteps.”