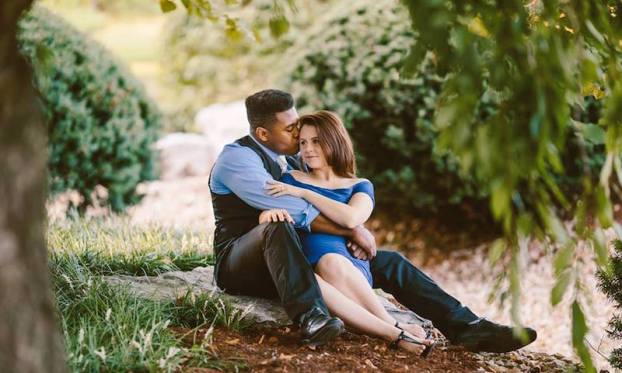 Rachael Paris and Nathaniel Sawyer, both of Bolivar, Missouri, announce their engagement and forthcoming marriage.

The bride is the daughter of Stephanie Moutria and Kevin Paris. She is the granddaughter of Lora Mae White.

She is a 2012 graduate of Carrier Mills High School in Illinois, and a 2016 graduate of Southwest Baptist University, where she majored in Intercultural Studies and English.

She is employed as an International Representative for Central States Industrial in Springfield, Missouri.

The groom is the son of Willie Sawyer and Nathaniel Chapman. He is the grandson of Alberta Sawyer.

He is a 2013 graduate of Cornerstone Christian School in Columbiana. In May 2018, he will graduate from Southwest Baptist University, where he majored in Criminal Justice and Spanish.

He is employed as a corrections officer.

The wedding will be held July 8, 2017 at Sterling Castle in Shelby, Sawyer’s hometown.

The officiant is Theoangelo Perkins.

Rachel Stewart Bell with Reflections of the South will be taking the couple’s wedding photos.

After the wedding, the bride and groom will be in Cartagena, Columbia, for seven days on a honeymoon.

Helena’s Fourth of July celebration will be July 1

By GRAHAM BROOKS / Staff Writer HELENA–For those that will be near the Helena city limits the first weekend in... read more