PELHAM – A Birmingham man is being held in the Shelby County Jail after the Alabama Law Enforcement Agency arrested him in Pelham on Thursday, June 29, and charged him with trafficking heroin. 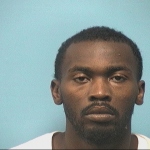 According to court records, Chastain Shaquille McCray, a 26-year-old who lists an address on 50th Avenue North in Birmingham, was allegedly in possession of 69.50 grams of heroin at the Shell Service Station on Cahaba Valley Road on Tuesday, June 20.

Trafficking heroin is a Class A felony and is punishable by 10 years to life in prison and up to $60,000 in fines upon conviction.

By EMILY REED / Special to the Reporter PELHAM – The Pelham Police Department is hopeful a new partnership with... read more