Arrest Warrants alleged that Joseph Aaron Savignano, 22, who lists an address on Lime Creek Circle, illegally distributed Xanax at Cahaba Valley Road in Birmingham on two separate instances in May. 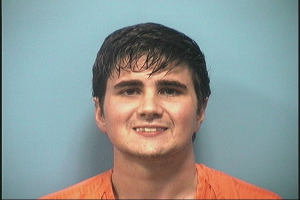 The warrants also alleged that Savignano was found in possession of a total of 73 grams of Xanax, 43 grams of dextroamphetamine, 2.54 grams of a combination of acetaminophen and hydrocodone, “an amount of marijuana for personal use” and a digital scale with residue during his arrest.

Unlawful possession of a controlled substance is a Class B felony. Savignano could face up to 20 years in prison and a maximum of $30,000 if convicted.

Savignano was released from the Shelby County Jail on bonds totaling $32,000 on Friday, June 30. His case was assigned to Shelby County Circuit Judge William H. Bostick III, and his preliminary hearing date has yet to be scheduled.

Though prescribed use of Xanax is sometimes helpful and necessary, SCDETF Cmdr. Clay Hammac said the illegal abuse of Xanax has increased among adolescents and young adults.

“It should never be taken without a prescription and under the care of a physician,” Hammac said. “Sadly, we are seeing a drastic increase in young adults mixing benzodiazepines such as Xanax with alcohol and other illicit drugs, which can have fatal consequences.”