COLUMBIANA – The bond reduction for a Shelby man who was charged with bestiality and other sex crimes was denied and his charges were bound over to a grand jury as the result of a preliminary hearing on Thursday, June 29. 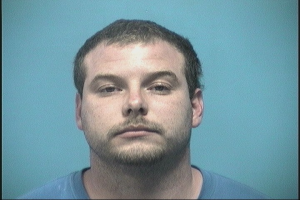 Public defender John F. Cockrell filed a motion to reduce Dunn’s bond on Tuesday, June 20. Cockrell referred to Dunn’s bonds of $1,006,000 as “astronomical” and “inappropriately and unconstitutionally high” for a non-capital offense.

Cockrell cited Dunn’s “minimal criminal history” and his “consistent employment and strong ties to the community” as reasons why his bond should be reduced.

“Approximately five years ago, [Dunn] pled guilty to a single count of burglary [in the] third degree. He received a probated sentence and he completed probation some time ago. Before and since that charge, Mr. Dunn has no criminal history,” Cockrell wrote in the motion.

“[Dunn] works at Nelson Glass in Birmingham. His family is local to Shelby County, and Mr. Dunn lives in Shelby,” Cockrell added.

Cockrell also said Dunn has never been accused of illegal sexual acts before, and does not view him as a flight risk. The motion was denied by Shelby County District Court Judge Daniel A. Crowson. Dunn is currently in the Shelby County Jail, where he’s been held since his May arrest.

CHELSEA – Thousands of people came out as the city of Chelsea celebrated its 10th annual Big Kaboom, along with... read more