COLUMBIANA – A Montevallo man, who formerly listed an address in Pelham, was arrested and received an additional charge sexual abuse of a child younger than 12 years old on Wednesday, June 28.

Irwing Ivan Jaramillo-Teodoro was first arrested and charged with three counts of sexual abuse of a child younger than 12 years old. His arrest warrants state that he allegedly “touched the victim’s vaginal area and took pictures of the victim’s genital area on multiple occasions” between November 2015 and February 2016. 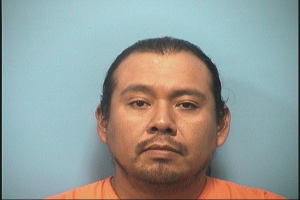 Teodoro was released from the Shelby County Jail on bonds totaling $90,000 for the first three charges on July 16, 2017.

On June 28, Teodoro was arrested and charged with a fourth count of sexual abuse of a child under 12 after he allegedly subjected an underage victim to sexual contact within the aforementioned time period.

Teodoro’s preliminary hearing for the original three charges was postponed multiple times, and took place on March 15. A motion to submit a number of items, records and statements from the defendant, the victim and witnesses into custody was filed by Teodoro’s defense attorney on March 14. The motion was partially granted and partially denied by Shelby County District Court Judge Daniel A. Crowson as the result of the preliminary hearing.

Sexual abuse of a child younger than 12 years old is a Class B felony. Teodoro could face up to twenty years and owe a maximum of $30,000 in fines if convicted.

Teodoro is currently held at the Shelby County Jail on a $30,000 bond. His case was assigned to Crowson, and his preliminary hearing for the fourth charge is set for Wednesday, Aug. 9 at 8:30 a.m.