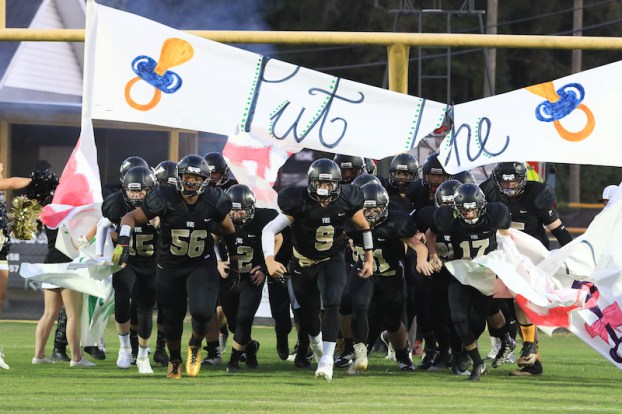 The Vincent Yellow Jackets will look to improve on a 1-9 record in 2016 as head coach Wiley McKeller enters year two with the program. (File)

VINCENT – We are exactly 54 days away from the 2017 high school football season kicking off, and while some may say it’s “way too early” to predict the outcome of each team’s season, we are going through with it anyways, because who among us isn’t excited to have fall Friday nights under the lights back in Shelby County in less than two months?

Over the coming weeks leading up to the season, we will try to build up that anticipation even more by previewing all 16 of our high-school playing football teams from ACSC all the way up to the difficult 7A Region 3.

We will kick off our prediction in 2A, however, with the Vincent Yellow Jackets, who are steadily improving under head coach Wiley McKeller.

McKeller finds himself in his second year with the Yellow Jackets after stepping down from Calera to take over the rebuilding efforts at Vincent.

While he only picked up one win in 2016, McKeller was taking over for a program that went 0-10 in 2015, was shutout six times, scored seven or less points in three games and gave up an average of 50.7 points per game.

McKeller was stepping into a tough spot and he knew it, but the rebuilding of a program from the bottom seemed to excite him and it showed off in his first year with the team.

In 2016 Vincent was shutout just one time, their first game of the season at Pleasant Grove, scored less than 13 points just once and gave up five less points per game. They upped their average from 3.9 points per game in 2015 to 17.4 in 2016.

While there was and still is a ways to go, it was a vast improvement in 2016 and there is no doubt with McKeller’s level of excitement and happiness with the Yellow Jackets that he will continue to help this program take an immense leap forward.

There are a lot of reasons for the head coach to be so excited for the 2017 season as he only loses three seniors from last year’s squad and returns his key playmakers.

Dusty Davis, Chriss Hardie and Zavian Kelley are the key returnees, and all of which will play at skill positions where they can make big things happen.

Davis, a 5-foot-11 sophomore, will return as the starting quarterback and has McKeller excited saying “he can spin the ball very well.”  As just a sophomore, he clearly has a ton of improvement to make, but a lot of promise.

He will be joined in the backfield by Hardie, a 6-foot-1, 245-pound junior. Hardie clearly has a massive frame, but he is deceptively fast and nimble as well. He has McKeller extremely excited and could be one of the best backs at Vincent in a long time.

Kelley, a senior, is the leader of this year’s squad playing both wide receiver and defensive back. He is one of the more athletic guys on the team and will help add to a dynamic offense.

If they were able to score 17.4 points per game last year with a lot of guys being brand new to the game, then the experience of those three guys alone, along with McKeller’s great offensive mind could make this offense a scary one in 2A Region 5 this year.

The defense, while it will probably still give up a good chunk of points this year, will be much improved and will have a lot of pressure taken off from not having to be on the field the entire game thanks to an improving offense. Robbie Albright, J.T. Youngblood, Hardie and Kelley all add dynamic athletes at the three key defensive positions.

While they compete in a division with Lafayette and Lanette, both state title contenders, they play both of those games within the first three of the season, which gives them several winnable games over their next seven.

While they may not make a big enough leap in year two to get into the playoffs and will probably start the season 0-3, the Yellow Jackets will make a drastic improvement in 2017, scoring 20-plus points per game, giving up 40 or less points per game and winning at least four games for the first time since 2014.