Author Debra Gray-Elliott hopes her recently released Christian non-fiction book “From Ashes of Pity into Beauty of Purpose” will help serve as an encouragement to other women. 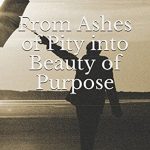 The book was inspired by Gray-Elliott’s personal experience of being forced to have an abortion at the age of 16, an event which she describes as “traumatic” and “overwhelming.”

“I was so young, and it was such a horrible thing for me to experience,” Gray-Elliott said. “It was difficult to write the book and revisit so many memories, but I wanted to write it to help other women who are going through the same thing. I know a lot of other women have had abortions and they experience a range of emotions including anger, grief, and pain, and I want this to serve as an encouragement to them.”

The idea for the book originated after Gray-Elliott first started sharing her past on a Christian women’s website, where she would document her experiences online.

After writing on the website, Gray-Elliott began a blog where she wrote about her personal experiences in hopes to help others.

“I gained quite the following of people who started reading my blog, and once they would read it, they started it encouraging me to write a book,” Gray-Elliott said. “I didn’t want the book to be about me, but to help other women because it can be a very lonely time for those going through it, and I want to be able to help in whatever way I can.”

The book was released electronically on Amazon in January, and recently released in book form.

Since that time Gray-Elliott no longer blogs about her experience, but has had an outpouring of love and support from readers.

“I have had so many people tell me that the book meant something to them, or encouraged them in some way, and that means so much to me,” Gray-Elliott said. “That is why I wanted to write it. It isn’t just for women who have had an abortion, but any woman going through an emotionally trying time or a stage of grief. It is to help hurting women of all ages.”

Gray-Elliott currently lives in Jefferson County, but grew up in Shelby County, and is working on a separate book to help grieving families with the loss of a child that is expected to release in December.

The book, “Dancing Through the Storms 365 Day Devotional-Surviving the Loss of a Child,” is based off of Gray-Elliott’s experiences after losing her daughter to AIDS.

“I posted on Facebook about me writing the book, and over 400 grieving families started contacting me on Facebook saying they would like a copy when it is released,” Gray-Elliott said. “People don’t realize how many parents are out there grieving the loss of a child.”

To purchase copies of “From Ashes of Pity into Beauty of Purpose, visit Amazon or Gray-Elliott’s website at Anngrayelliott1960.wixsite.com/authordebraelliott. 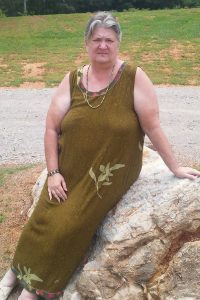 Debra Gray-Elliott released a Christian non-fiction book, “From Ashes of Pity into Beauty of Purpose,” to help serve as an encouragement to other women. (CONTRIBUTED)

The city of Hoover and many residents are stepping up to help a well-known police officer whose home burned. Chris... read more