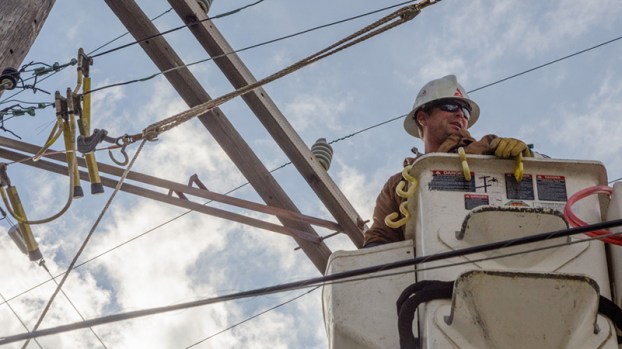 Alabama Power is preparing to install fiber lines and smart meters throughout Alabaster to create a “smart” power grid, according to Alabaster officials. (Contributed)

ALABASTER – Crews with the Alabama Power company soon will be making upgrades to the city’s electricity infrastructure to create a “smart grid,” allowing power to be more easily restored when lines are damaged, according to city leaders.

During its June 26 meeting, the Alabaster City Council voted unanimously to allow Alabama Power to use property off Alabama 119 as a staging area for the upgrades, which likely will take about six months, according to Alabaster City Manager Brian Binzer.

Alabama Power already owns the undeveloped property, which is at 7953 Alabama 119, but had to seek approval to use the property as a staging area because it falls within the city’s recently enacted overlay district on Alabama 119.

Without the variance, the overlay district would have prohibited the company from using the property to house construction equipment. Alabama Power also must obtain a land disturbance permit before making any modifications to the property, and the company’s activity on the land I not allowed to increase storm water runoff from the property.

The company can only use the property as a staging area until Dec. 31 of this year, “at which time the property shall be stabilized and returned to its current condition,” according to the council’s resolution.

Through the project, Alabama Power contractors will install fiber lines and smart meters throughout the city to create the smart grid, Binzer said.

Binzer said once the smart grid is completed, it will allow the company to more easily detect power outages and reroute power from elsewhere on the grid to restore power more quickly.

“We think this smart grid will really be beneficial to our residents, especially in cases where a storm may damage a power line,” said Alabaster Mayor Marty Handlon. “It will allow them to get power back a lot quicker.”