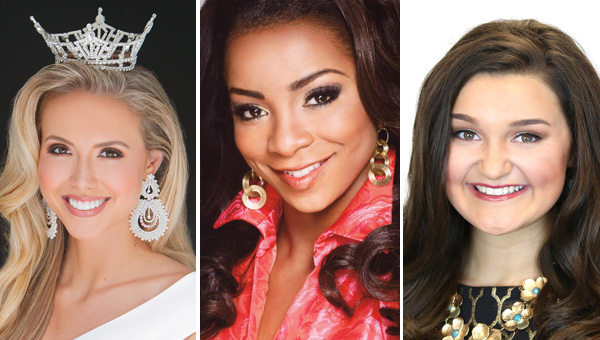 Featured in the program will be Miss Shelby County 2017, Chassidy Sumler, a graduate student at UAB.

Sumler was name second runner-up and preliminary talent winner at the Miss Alabama Pageant in June.

She will perform a vocal at the pageant.

Also featured will be Miss Shelby County’s Outstanding Teen, Blakely Channell of Alabaster, who will perform a dance during the program.

Miss Alabama 2017, Jessica Procter, will serve as emcee of the pageant and will also perform.

Kristen Coon is the Miss Alabama Pageant field director. Pam Oliver is the local director, and the pageant is sponsored annually by the Columbiana Vignette Club.

Admission will be $15 per person and includes a program book.

Last month, the Miss Alabama Pageant awarded $107,000 in cash scholarships and made available through colleges and universities millions of dollars in in-kind scholarships to participating contestants.

In March, the Miss Alabama’s Outstanding Teen Pageant made available $16,200 in cash scholarships and $736,648 in in-kind scholarships to participating contestants.

The Miss America Organization, a 501(c)4 non-profit organization, is the nation’s leading advocate for women’s education and the largest provider of scholarship assistance to young women in the United States, awarding millions of dollars annually.

The Miss America Organization is comprised of 52 licensed organizations, including all 50 states, Washington, D.C. and Puerto Rico.

The Miss America Foundation, a 501(c)3 non-profit organization, is ranked by TheBestColleges.org as number one out of the 10 Biggest Scholarship Providers in the World.