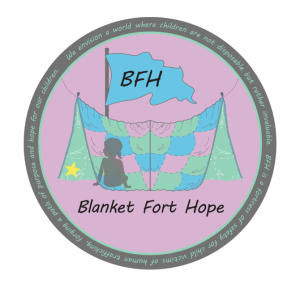 The proceeds from the fundraiser will help Blanket Fort Hope raise money to build a safe house for child victims of human trafficking.

The mission of Blanket Fort Hope is to care for children who are victims of human/sex trafficking through housing services and long-term care, and to prevent children from becoming victims by educating children and professionals who work with children about human trafficking.

So far, James said 20-25 organizations have committed to participating in the fundraiser. The tournament can allow up to about 65 teams.

Teams of three can sign up for the tournament for $100. Registration can be completed online at BlanketFortHope.org, under the “Events” tab, until Aug. 9. Teams can also register in person at PHS on the day of the event. The tournament is free for the public to attend, but donations would be appreciated.

Blanket Fort Hope is also seeking company sponsorships for the event. Sponsorship information can also be found on the organization’s website under the “Events” tab.

Over the past two and a half years, James said more than 1,000 children and professionals have been trained and educated about human trafficking.

“Education is huge when it comes to keeping kids out of human trafficking,” James said. “We’re also collaborating with school systems to get into the schools to educate students.”

The average age of children who are being trafficked ranges from 11-14 years old with a lifespan of seven years from the point of entry into the world of human trafficking. Their life expectancy is greatly reduced because of drugs, AIDS, starvation, beatings and various other things that they endure.

“The problem is so underground and we’re learning new things everyday,” James said. “We only have a short window to help these kids. The U.S. Department of Justice estimated that by 2020 human trafficking will be the largest crime in America.

“At Blanket Fort Hope, we envision a world where children are not disposable, but rather invaluable,” James said.

For more information, go to BlanketFortHope.org.