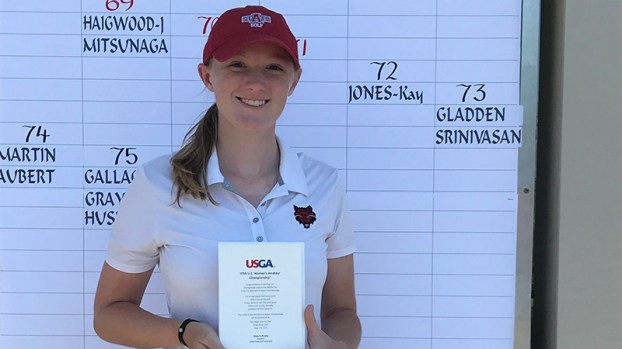 Gladden, who captured Helena High School’s first individual AHSAA state championship in 2016, is now a member of the Arkansas State women’s golf team where she continues to have success.

On June 26, Gladden shot a one-over par 73 at Ansley Golf Club’s Settindown Creek Golf Course in Roswell, Georgia, which was good enough to finish in a tie for fourth place to qualify for the U.S. Women’s Amateur Championship.

The championship is open to any female amateur whose handicap index does not exceed 5.4, according to the United States Golf Association.

At the U.S. Women’s Amateur, the low 64 scorers from stroke play will qualify for match play. If necessary, a playoff will be conducted to trim the draw to exactly four competitors.

Television coverage of the U.S. Women’s Amateur will be shown on Fox Sports FS1 and at USGA.org.

For more information on the U.S. Women’s Amateur, visit Usga.org/content/usga/home-page/championships/2017/u-s–women-s-amateur.html.