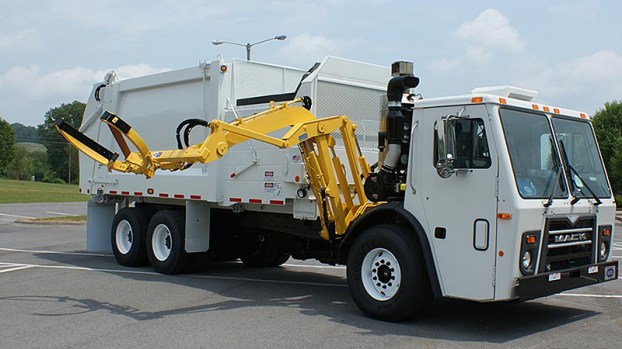 ALABASTER – The Alabaster City Council took a major step toward forming a city-run garbage service during its July 10 meeting when it agreed to purchase more than 23,000 residential garbage carts to distribute to homes later this year.

Council members voted unanimously during the meeting to purchase 23,058 garbage carts from the Ingram Equipment Company for a total of about $1.3 million. The purchase was made from the National Joint Power Alliance competitive bid list.

Alabaster Mayor Marty Handlon said the carts will be blue with a white “City of Alabaster” logo, and will be delivered to residential garbage customers later this year. The new bins will be microchipped, allowing the city to keep up with which bins belong at each residence.

In late 2016, the Alabaster City Council voted unanimously to place an order through the National Joint Powers Alliance competitive bid list for six Freightliner garbage trucks for a total price not to exceed about $1.38 million. Before the trucks are delivered later this year, Alabaster Mayor Handlon and City Manager Brian Binzer will present the matter to the City Council to approve final financing or lease options for the trucks.

Alabaster is also planning to construct a new public works building at Limestone Park between the central lake and the Alabaster Police Department shooting range, and will vote on a construction bid for the new facility soon.

The city will only provide residential service, meaning business and school customers who use dumpsters will have to contract their pickup services elsewhere.

The city-run residential garbage service is slated to begin in January 2018. The city’s current garbage and recycling provider, Advanced Disposal, will continue to serve the city until then.

Binzer said the city’s current garbage routes will change, and the city is still finalizing the new routes. Beginning in September, the city will start distributing information detailing new routes and when it will collect old bins and distribute new bins, Binzer said.

By NEAL WAGNER / Managing Editor CALERA – The National Transportation Safety Board has determined a combination of medication and the pilot’s... read more