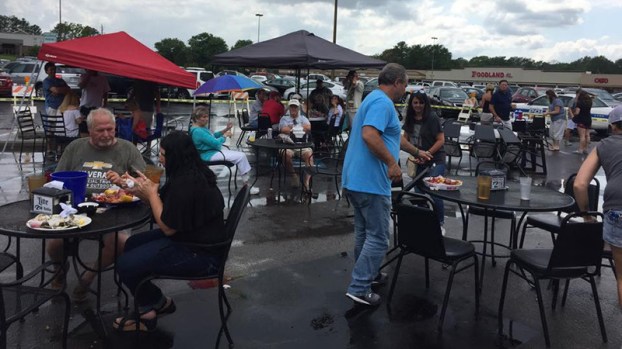 Customers attend the 2017 Papa Saia’s crawfish boil in May, which was the restaurant’s first since returning to the city in February. Papa Saia’s closed its doors in early July. (Contributed)

ALABASTER – Alabaster’s Papa Saia’s restaurant off First Street Southwest has closed its doors after about five months at the new location, the restaurant’s owners have confirmed.

The restaurant confirmed the closing on its Facebook page on July 3 after advertising its final wing buffet on June 30.

After Papa Saia’s returned to Alabaster earlier this year, it continued to offer its popular meat-and-three for lunch and added a new wing buffet.

The restaurant prepared its food on-site every day, offered regular live entertainment and held a crawfish boil each year.

By EMILY REED Special to the Reporter HOOVER – Those looking to test elements of strength and endurance will have... read more