COLUMBIANA – A North Shelby County man was arrested on July 7 and charged with willful abuse of a child for “medical neglect” and “shaking which caused trauma and hemorrhaging and hydrocephalus of the brain.” 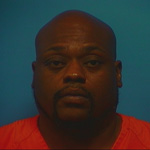 Anthony Rodriguez Sturdivant, 35, who lists an address off Heatherbrooke Road in Birmingham, is being held at the Shelby County Jail on a $50,000 bond.

According to court records, Sturdivant was the “natural parent, step-parent, adoptive parent, legal guardian, custodian or a person who had the permanent or temporary care or custody or responsibility for the supervision of a child under 18 years of age.”

Authorities alleged that on or about Feb. 1-6, Sturdivant did “torture, willfully abuse, cruelly beat or otherwise willfully maltreat said child, by, to-wit: medical neglect and physical neglect to include shaking which caused trauma and hemorrhaging and hydrocephalus of the brain…”

An arraignment hearing is scheduled for 8:30 a.m. on Aug. 8 in Shelby County Circuit Court with Judge William H. Bostick.