Bunner gets 52 years in prison for killing ex-girlfriend

ASHLAND – A 20-year-old Vincent man will spend the next 52 years in prison after he pleaded guilty on July 13 to shooting and killing his 18-year-old girlfriend on Clay County’s Pinhoti Trail in Cheaha State Park in 2015. 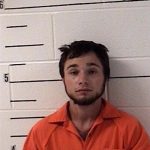 Following his guilty plea, Bunner was sentenced by the court to serve 52 years in prison and pay $9,255.92 in restitution to the Alabama Crime Victims Commission. The Alabama Attorney General’s Office assisted District Attorney Willis in the case.

According to the Attorney General’s office, the crime happened as follows:

“On August 20, 2015, Bunner lured his ex-girlfriend, Jolee Callan, to the Pinhoti Trail area of Mount Cheaha where he shot her twice in the head, killing her, before throwing her body off of a 40-foot cliff. Bunner then left the crime scene and while driving back home to Shelby County called 911 to report that he ‘murdered his ex-girlfriend.’ He pulled over and waited for law enforcement to arrive to take him into custody. He gave statements to law enforcement that he and Callan had a suicide pact to jump off the mountain and when they couldn’t jump she asked him to shoot her when she wasn’t looking. He said that after he shot her he couldn’t go through with committing suicide. He confessed to the murder to multiple law enforcement agencies and to two inmates.”

Bunner originally was granted youthful offender status in the case last in 2016, meaning his court documents were sealed from public view, and his maximum sentence was capped at three years in jail.

However, Circuit Court Judge George Simpson revoked Bunner’s youthful status on Nov. 17, 2016, after objections by persecutors in the case, meaning Bunner was tried as an adult on the felony murder charge. His 52-year prison sentence includes 10 years for the use of a firearm in the commission of murder.

“This senseless and selfish crime has been a terrible loss to the family and friends of Jolee and a loss to the community as a whole,” Willis wrote in a statement. “Nothing that was done here can correct that. I am, however, grateful that we were able to conclude the case without the necessity of putting the Callan family through a lengthy trial. I want to personally thank Attorney General Steve Marshall for his willingness to lend his office’s assistance to the prosecution of this case. I want to especially thank Assistant Attorney General Stephanie Billingslea for her tireless work on the case.”

“We have all been struck by the loss suffered by the Callan family and after today’s guilty plea and sentence of the defendant we hope that their healing can finally begin,” Marshall wrote in a statement. “A young life full of promise was lost two years ago, and as prosecutors, we have done our best to ensure that justice was served for Jolee and her family. My gratitude goes out to District Attorney Jeffrey Willis who allowed my team to assist in the prosecution of this case.”