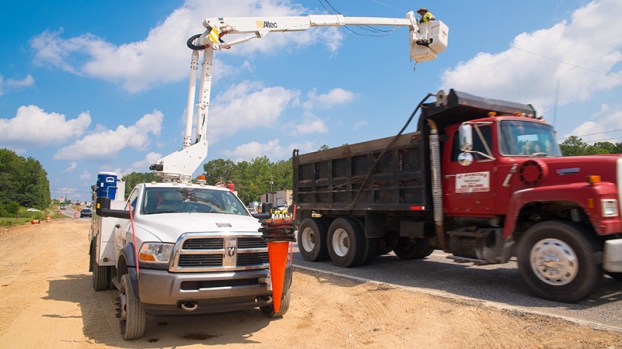 Crews work to install lines for a new traffic signal at the upcoming intersection of Fulton Springs Road and U.S. 31 in Alabaster on the morning of July 11. (Reporter Photo/Keith McCoy)

ALABASTER – Crews are wrapping up a project to install a new traffic signal at an upcoming new intersection on U.S. 31 slightly south of the South Promenade shopping center, and the new road is on track to open later this year.

The Chilton Contractors company has already laid the foundation and curbing for the road, which will provide drivers on U.S. 31 a more direct route to Alabama 119 via Fulton Springs Road.

One telecommunications utility line is still running through the property, and is being relocated to allow the project, which is being directed by the Shelby County Highway Department, to be completed.

Alabaster City Manager Brian Binzer said the project is on track to be completed this fall.

Study: Shelby County residents have most purchasing power in state

By NEAL WAGNER / Managing Editor Residents of Shelby County have the highest purchasing power in Alabama, according to... read more