PELHAM – The Birmingham Bulls recently revealed what their jerseys will look like for the upcoming 2017-18 season, which begins Oct. 21. 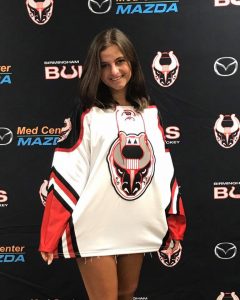 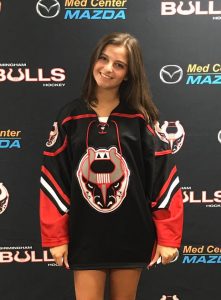 Jerseys for the public are now on sale for $120 at the Pelham Pro Shop located at the Pelham Civic Complex. Jerseys are available in adult sizes small to 3XL.

In addition to revealing their jerseys, the Birmingham Bulls also recently announced that Eli Gold has agreed to join the organization as the team’s play-by-play broadcaster.

Gold, who is best known as the “voice of the Crimson Tide,” started his career broadcasting hockey in the minor leagues. Gold will broadcast the majority of the Bulls’ home and away games, and a second announcer will announce the games that conflict with Gold’s Crimson Tide schedule. A second announcer has not been hired yet.

Former Birmingham Bulls player Jamey Hicks has also been selected as the head coach of the team. From 1996-2001, Hicks played 335 games with the Bulls and was named the league’s Most Valuable Player for the 1997-98 season.

The organization is now in the process of building up its roster of players.

Season tickets are now on sale. Contact the Birmingham Bulls at 620-6870 for more information.