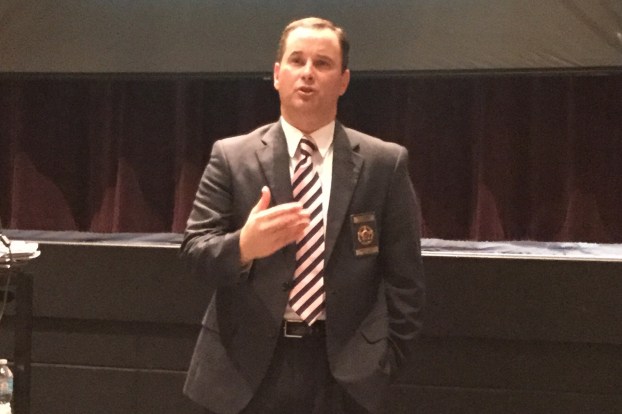 The Shelby County Drug Free Coalition and Bradford Health Services are teaming up to sponsor the first HOPE Walk for families affected by substance abuse on Aug. 12. The event will feature several guest speakers, including SCDETF Cmdr. Clay Hammac. (Contributed)

According to Shelby County Drug Free Coalition Coordinator Jan Corbett, the HOPE Walk is partially in memory of those who have died of an overdose, and partially in support of families who are going through issues related to substance abuse.

“There have been so many overdoses throughout the years,” Corbett said.

“We’re all going to commit to never lose hope and never give up,” Corbett said.

“Our next generation is going to face this,” Corbett said. “We don’t want them losing their jobs, their homes and their lives.”

The 2017 HOPE Walk is sponsored by the Shelby County Drug Free Coalition and Bradford Health Services. According to Corbett, substance abuse resources and food trucks will be onsite.

Corbett also thanked Mayor Marty Handlon and the City of Alabaster for hosting the event, and said everyone is invited to attend.

“It’s for all of Shelby County. We want the families of overdose victims to attend,” Corbett said. “We want families who are going through substance abuse issues. Rich or poor, everyone has been touched by substance abuse in some way.”

Road getting rumble strips after residents speak out

By NEAL WAGNER / Managing Editor ALABASTER – The city will pay about $1,500 to install rumble strips on a road... read more