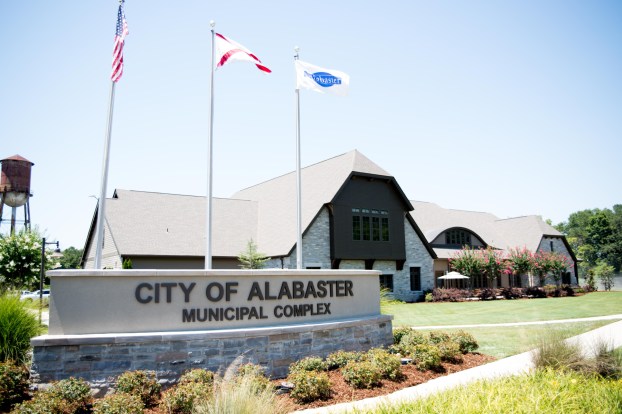 ALABASTER – The city of Alabaster may make significant changes to its full-time employee pay scale if the matter is approved by the City Council during a late July meeting.

Council members are set to vote on the proposed plan during a July 24 meeting at 7 p.m. at Alabaster City Hall, Council President Scott Brakefield said during a July 18 council work session reviewing the plan.

Alabaster Mayor Marty Handlon and City Manager Brian Binzer said city leaders met with Alabaster employees three times before the July 18 work session to get employee feedback on the plan while the city’s Department of Human Resources was drafting the plan.

“We had multiple opportunities to hear from employees before tonight,” Binzer said. “Overall, most employees we heard from at those meetings felt this was a good change.”

The city currently operates on an eight-grade pay scale with eight pay steps in each grade. In the current plan, there is a 5 percent pay difference between each of the eight pay steps.

As proposed, the new pay plan would expand the scale to nine pay grades with 12 pay steps in each grade. In the new plan, there would be a 3 percent pay difference between each pay step.

Binzer said the city formulated the proposed plan while studying the employee pay structures of similar cities such as Prattville, Tuscaloosa, Trussville and Northport. The city also is looking to raise the pay for current Alabaster employee positions making 10 percent or more below the median pay of comparable cities, Binzer said.

The new plan also would make changes to how the city handles merit raises each year.

“We haven’t done merit (raises) every year. There were a lot of years where we skipped merits because we just couldn’t afford 5 percent every year,” Binzer said. “Obviously, we can’t promise a 3 percent merit every year since the council will ultimately make that decision, but if we do 3 percent every year, that would be more sustainable.”

If passed by the council, the new pay plan would go into effect at the end of September along with the city’s 2018 fiscal year budget.