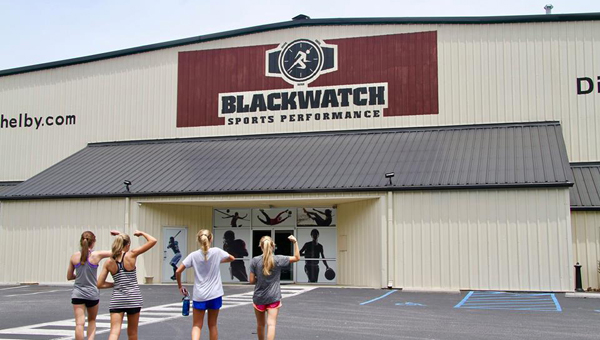 NORTH SHELBY – BlackWatch Sports Performance in off U.S. 280 in Shelby County will sponsor the city’s first Braveheart Challenge obstacle course event on Oct. 28. According to assistant fitness director Ryan Elm, the event will be similar to the Spartan Races now broadcast on national television.

“Spartan is world-wide and very popular,” Elm said, “but our city has never had this. There is an event at Noccalula Falls Park in Gadsden, but not in Birmingham. And we have Oak Mountain so it will be a special and beautiful event.”

Elm said he course will feature wall climbing, rope climbing and a few surprises, and will encompass some six miles inside the park.

“Part of the challenge of this event is that participants won’t know everything to expect as they compete,” he said. “The race will challenge speed, strength and stamina.”

Elm said there are no restrictions on who can participate, with two suggestions.

“We think a person should be able to run a mile or two without difficulty,” he said. “And we suggest participants join a team. Teams help one another through the course and it’s always good to have others to help you as needed.”

Elm said early registration is $75, and there is no limit as to the number of participants.

The top male and female winners will earn a Braveheart sword, but all finishers will receive medals.

BlackWatch also plans to have a kids race at the park on the day of the Braveheart Challenge.

BlackWatch Sports Performance opened in its current location in the spring of last year and offers programs for every age group.

“We begin with children, and acquaint them with various sports so they can decide what they like,” Elm said. “We offer conditioning training for middle school and high school athletes, and we have programs for adults including proper nutrition tips. We suggest what they should eat and what they should avoid.”

Elm said the Oct. 28 Braveheart event was chosen with care.

“It’s a weekend where Alabama and Auburn have an off day!” he said with a laugh.

BlackWatch Sports Performance is located at 19220 U.S. 280 in Birmingham. For more information, visit Braveheartrace.com or call 518-6591.