‘Sean of the South’ to speak at St. Catherine’s, SCAC 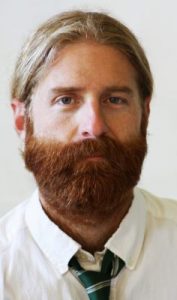 “He’s going to come and share some of the stories he has written,” Rev. Eric Mancil said. “What I love about his writing is that he’s very down to earth. He shares stories of the people he meets and about living in the South.

According to Mancil, this is the first author that has spoken at St. Catherine’s. The event will be followed by a potluck dinner and visitors will have the opportunity to meet Dietrich.

While the event is free and open to the public, guests are asked to RSVP by calling 918-8367 or sending an email to secretary@stcatherinesal.com and encouraged to leave a donation for Dietrich.

Dietrich is set to speak at the SCAC’s Black Box Theatre on Saturday, Aug. 12, at 7:30 p.m. and on Sunday, Aug. 13, at 2 p.m. Because the Saturday event sold out, the SCAC later added the Sunday matinee event.

“I knew he was popular, but I didn’t know how popular he was until the show sold out,” SCAC Executive Director Bruce Andrews said.

Andrews said the event will feature Dietrich’s storytelling set to acoustic music. According to Andrews, Dietrich’s reflections of Southern culture are part of what draws people to his stories.

“Anybody who has been around the old South and anyone who wants an accurate representation of people in the South would do well to read his blog and come to our event,” Andrews said.

Tickets for the Sunday matinee show cost $20 and are available online at Shelbycountyartscouncil.com.

Dietrich is known for his blog, “Sean of the South,” has published seven books and has had his columns featured in several publications across the Southeast.

By NEAL WAGNER / Managing Editor ALABASTER – A 35-year-old Alabaster man is being held in the Shelby County Jail on... read more