Man gets prison time for dealing crack in Alabaster

COLUMBIANA – A 28-year-old Alabaster man received a more than yearlong prison sentence after he pleaded guilty earlier this year to distributing crack cocaine in the city in 2013. 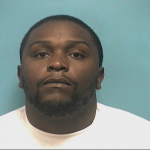 Shelby County Circuit Judge Lara Alvis originally sentenced Carter to 120 months in prison, but split the sentence to 16 months in prison followed by two years of supervised probation. He was transported from the Shelby County Jail to the Alabama Department of Corrections in mid-July, according to jail records.

The Shelby County Drug Enforcement Task Force arrested Adam Christopher Carter, whose address is listed in the Woodbrook Place apartment complex of Alabama 119 in Alabaster, on April 6, 2014, and charged him with two felony counts of distribution of a controlled substance.

Because unlawful distribution of a controlled substance is a Class B felony, Carter could have faced up to 20 years in prison for the charges.