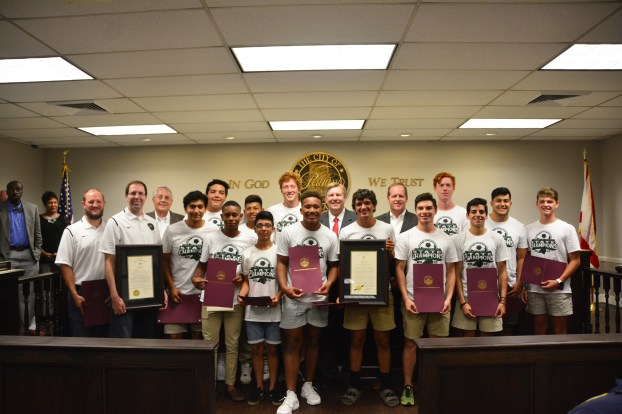 State Reps. Matt Fridy and Arnold Mooney and Sen. Cam Ward, members of Pelham’s Legislative Delegation, attended the meeting to present the team and coaches with a proclamation recognizing their accomplishment.

The 2016-2017 boys soccer team secured the school system’s first ever state championship. Pelham took down Daphne High School 1-0 in round one and defeated the defending 6A champs in Cullman 2-0 in the championship match.

The Shelby County Reporter named goalkeeper Seth Torman as one of two boys soccer Players of the Year and head soccer coach Patrick McDonald as the boys’ soccer Coach of the Year.