BIRMINGHAM – A woman who falsely claimed to be a naturopathic doctor pleaded guilty in federal court on Wednesday, July 26, to defrauding patients at a Hoover clinic in 2015, announced Acting U.S. Attorney Robert Posey and U.S. Postal Inspector Frank Dyer. 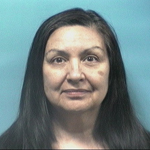 Isabel Kesari Gervais, 60, using the alias, Dr. Rose Starr, defrauded patients at the Euro Med Klinic by lying about more than her name. She lied about her credentials, her experience and her license to practice medicine, according to her guilty plea.

Gervais, who previously listed an Alabaster address, pleaded guilty before U.S. District Court Judge Madeline Hughes Haikala to one count of wire fraud affecting a financial institution, one count of aggravated identity theft and one count of making false statements. She also agreed to forfeit $108,146 as proceeds of illegal activity, according to a press release.

Gervais is scheduled for sentencing in November.

As part of Gervais’ plea agreement, she acknowledged that over the last 15 years she operated multiple clinics in Alabama, Georgia, Arkansas and Kansas using her current name and various aliases that often employed different spellings of the name Debra Lynn Goodman. The clinics included Sagewood Medical Clinic in Montgomery, the Chiron Clinic in Marietta, Georgia, and DRI Enterprises in Atlanta.

At all the clinics, Gervais falsely represented herself as a licensed doctor with extensive experience and various degrees who used naturopathic medicine to cure people of various illnesses, including cancer.

“For years this defendant lied about her credentials and took advantage of desperately ill people,” Posey said in the release. “The U.S. Postal Inspection Service did great work in uncovering this fraud and finding the evidence to make this case.”

Gervais had no legitimate medical degrees or training, but she had operated the clinics in Alabama and Georgia, as well as in Fayetteville and Springdale, Arkansas, and Leawood, Kansas.

Because of her fraudulent activity, she was investigated by the Alabama and Arkansas medical boards, was prosecuted by Arkansas state authorities and faced civil monetary claims and actions, according to her guilty plea.

Gervais opened the Euro Med Klinic in Hoover in 2015 as Dr. Starr, claiming she had years of experience and was licensed to practice medicine in Alabama and throughout the world. She promised patients, including cancer sufferers, at the Hoover clinic that she could provide various medical services, including DNA tests that she did not have the technology to conduct, according to her plea.

Gervais ran some tests on patients, prescribed various substances and, through her misrepresentations about licensure and qualifications, fraudulently induced patients to pay her thousands of dollars, according to her plea.