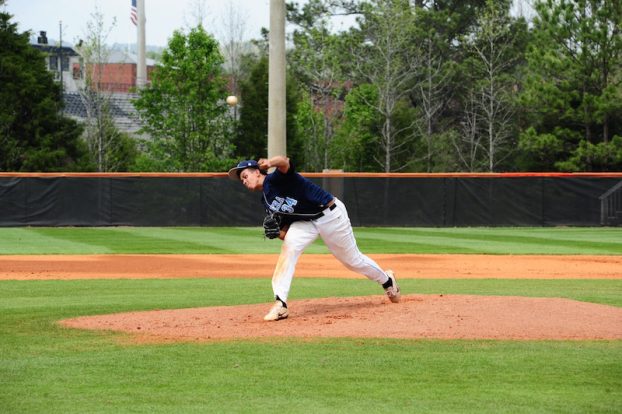 Chelsea’s Maddison Martin was a big reason the Hornets won a state championship for the second time in school history this year and was one of 17 county players/coaches to take part in North-South All-Star week. (File)

An extremely strong sports season in Shelby County came to a close when five boys’ soccer teams won a soccer state championship and Helena pulled off a strong come-from-behind effort to win the baseball state championship. That all happened near the end of May to end a great 2016-17 athletic year for the county.

Not to mention several teams having strong performances wrestling – such as Oak Mountain and Thompson – as well as Spain Park, Chelsea and Helena having strong state-tournament performances in softball and others doing well in track and cross country.

The success at one point seemed to be overwhelming and was by far one of the most historic seasons we have seen in Shelby County. That success became even more evident at the AHSAA summer conferences and All-Star games recently in Montgomery.

Highlights from the events, starting with the coaches, were that both Mike Chase, the Spain Park girls basketball coach and Dan DeMasters, the Oak Mountain boys soccer coach leading their respective North teams to an All-Star win.

It was an accomplishment that came as no surprise considering DeMasters won his third straight 7A state championship with the Eagles this season and Chase took his team on an incredible journey that ended in an overtime loss to Hoover in the state championship.

The North boys soccer team was able to pick up a 5-2 win, while the North girls basketball team won a tight 76-67 game.

She was able to pick up two goals in the girls soccer match, one at the 29:50 mark and the other at the 59:40 mark, as she led the North team to a 4-1 win. Not only did she lead the team in goals and have a strong performance, but she was also named as the team’s MVP for the event. Chelsea’s Maddison Martin also got in on the North team action scoring the final goal of the 4-1 win.

Jacob Smith and Will Pierce were other players that stood out from the pack in the North-South baseball game. Smith, a 6-foot-7 left-hander from Calera, started game one for the team and tossed three innings allowing two unearned runs, while striking out six in a 9-3 win against some of the best talent from around the state.

Pierce, the catcher for the Pelham Panthers, also had a strong showing picking up two RBIs and a crucial walk with the bases loaded.

Players from Shelby County went a combined 8-2 with the only losses coming in game two of the softball series and the south volleyball team losing with Emorie Long being the representor from Pelham High School.

It was an unbelievable experience and week for several standouts and rising seniors from Shelby County as they got to square off against and play with some of the premier talent from the state. It not only gives them a better understanding of the game, but gives them some words of wisdom to bring back to their team.

It’s also an honor that these young athletes won’t soon forget as they continue to chase a dream most of them have had since being a young kid playing with friends.