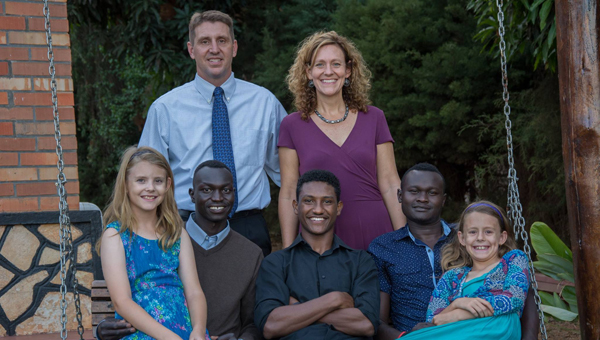 Fundraiser will have demonstrations about refugee life

Refuge & Hope International is gearing up for its annual fundraiser scheduled for 5 p.m. on Saturday, Aug. 5 at Shades Crest Baptist Church in Hoover.

This year’s event will feature a silent auction including handmade African items and interactive stations that teach about Refuge & Hope’s various ministries, according to Shelah Acker, who founded the organization along with Alabaster native Jade Acker to serve the urban refugee community in Kampala, Uganda.

For example, a station devoted to Taste of Hope, a ministry in which refugee women bake and sell cakes, will give fundraiser attendees the opportunity to bake the same cakes the refugees bake.

Another station will feature a miniature obstacle course designed to give children a feel for what life is like for refugees.

The Ackers will give a brief presentation at the fundraiser.

“A lot of people come every year, and this serves as an update about what is going on,” Shelah Acker said.

The event will be catered by Moe’s Southwest Grill.

There will be many door prizes donated by local businesses, and Acker said the event is casual and family-friendly.

The fundraiser has been held at Shades Crest the past few years but before that was also held at Shelby Baptist Medical Center and the Pelham Civic Center.

Money raised at the fundraiser is used for the organization’s most pressing needs.

“People can pay at the door, but we need to know if they’re coming in advance so we can plan food,” Acker said.

Organizers are also always interested in hearing from any local businesses that would like to donate door prizes. They can be reached at info@refugeandhope.org.

Refuge and Hope is a faith-based, non-profit organization that helps refugees and displaced people rebuild their lives and prepare for the future by equipping them to thrive wherever they are—whether they remain in Uganda, resettle abroad or return to their countries of origin.

“We’re empowering refugees so they can be self-sufficient,” Acker said. “It’s the largest refugee crisis since World War II. We always hear about Syria, the Middle East and Europe, but there are more refugees in Uganda every day than there are anywhere in Europe.”