Denita Renee Cameron, 47, who lists an address on Thompson Drive, was arrested by a trooper from the Alabama Law Enforcement Agency after she allegedly injured herself and four others in a vehicle accident in a construction zone in U.S. 280 in Chelsea. 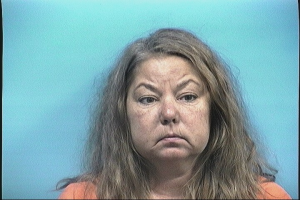 Court documents state her first-degree assault charges stem from an incident where she allegedly struck and seriously injured two vehicle occupants with a 2007 Suzuki Grand Vitara “while driving said vehicle under the influence of alcohol” on Thursday, July 27.

Cameron received the three second-degree assault charges after she allegedly “recklessly caused serious physical injury by means of a deadly weapon or dangerous instrument” after she struck three pedestrians with the vehicle during the same incident.

Cameron was held at the Shelby County Jail until Saturday, July 29, when she was released on bonds totaling $36,000.

Assault in the first degree is a class B felony. If convicted, Cameron could face up to 20 years in prison and up to $30,000 in fines.

Cameron’s case was assigned to Shelby County District Court Judge Daniel A. Crowson, and her preliminary hearing is scheduled for Aug. 24 at 8:30 a.m.

Cameron was listed among those who were injured. As of Monday, July 31, no updates have been released about the conditions of the other five injured.