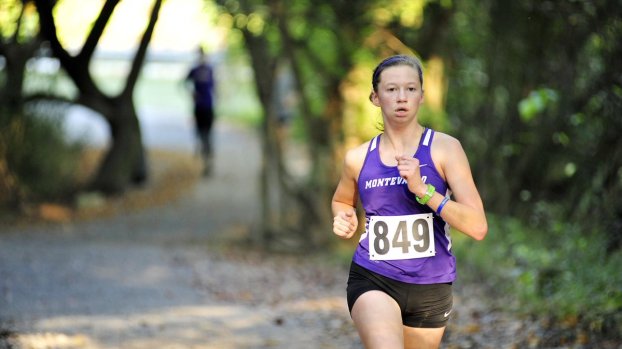 Former Chelsea and Montevallo cross country and track star Cheyenne Thompson is one of 145 finalists for the NCAA Woman of the Year Award after the field was narrowed down from 543 nominees. (Contributed)

Cheyenne Thompson gets closer to Woman of the Year Award

INDIANAPOLIS, Ind. – University of Montevallo senior Cheyenne Thompson has been named a conference finalist for the National Collegiate Athletic Association (NCAA) Woman of the Year Award after completing one of the most decorated careers in school history.

Thompson capped off her career recently by being named a CoSIDA Academic All-American selection for the third consecutive year, earning the award in every season she was eligible for the honor.

Thompson, a Chelsea, Alabama native who completed her undergraduate degree in Biochemistry with a perfect 4.00 cumulative grade-point average, was also named a CoSIDA Academic All-District selection for the third year in a row.

Thompson capped her senior season by being named the Peach Belt Conference Track Athlete of the Year for the second time in her collegiate career. Thompson was also named an NCAA Division II All-Southeast Region selection and an All-Peach Belt Conference selection in both women’s cross country and women’s track and field this season.

Thompson helped Montevallo repeat as Peach Belt Conference and NCAA Division II Southeast Region Champions during cross country season in the fall of 2016 as the Falcons claimed both championships for the third consecutive year. Thompson claimed the individual title in the Peach Belt Conference Championship in women’s cross country with the third-fastest time in championship event history.

Thompson also helped the Falcons advance to the NCAA Division II National Championship for the third year in a row, while also competing as an individual following her freshman season.

Thompson was named to the Peach Belt Conference All-Academic Team in both cross country and track and field.

FROM STAFF REPORTS MONTEVALLO – The transition from the Peach Belt Conference to the Gulf South Conference isn’t the only conference... read more