ALABASTER – An Alabaster man was recently arrested and charged with two counts of unlawful distribution of a controlled substance and one count of imitation drug manufacturing and/or distribution on Tuesday, Aug. 1.

Christopher Ross, 39, who lists an address on Mount Olive Road, was arrested by the Shelby County Drug Enforcement Task Force after several drug-related incidents in January, March and May 2015. 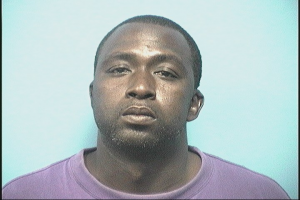 According to SCDETF Cmdr. Clay Hammac, Ross was discovered by an undercover officer and had been on the run for over a year before he was arrested.

“He’s been quite elusive,” Hammac said.

Unlawful distribution of a controlled substance is a class B felony, which can be penalized by a maximum of 20 years in prison and $60,000 in fines. After his Aug. 1 arrest, a motion to set aside a suspended sentence was filed against him for previous drug-related charges.

Ross is currently being held at the Shelby County Jail on bonds totaling $26,071.