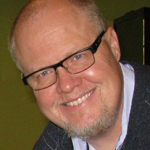 Bubba Weekend will be held Aug. 18-20 at the church located at 4733 Valleydale Road in North Shelby County.

Justice, who has served as senior pastor since the church’s founding in 1994, left the position at the end of June for the role of national coordinator for Vineyard USA, the local church’s governing body.

Inverness Vineyard Church Executive and Worship Pastor Steve Cole said Justice felt called to position with the denomination, which includes about 600 churches in the United States.

Though Justice will remain at IVC, church members wanted to honor his time as senior pastor.

“There will be a lot of laughter that night,” Cole said. “It will be our first and last.”

The event will include a catered meal from Jim ‘N Nick’s BBQ Restaurant and live music.

Registration is required for the roast, and the registration form can be found at InvernessVineyard.org/bubba-weekend.

This event will be more similar to a worship service, Cole said.

“Area pastors will take part in it, and I’ve got some surprise guests coming in that night,” he said.

IVC will introduce a new pastor: Miguel Zayas, who was recently approved by a unanimous vote of the church congregation, Cole said.

Zayas was born in Puerto Rico, raised in New York and comes to Inverness Vineyard after spending 15 years and planting a church in Estonia, Cole said.

Finally, at 10:30 a.m. on Sunday, Aug. 20, Inverness Vineyard Church’s regular service will include a message from Phil Strout, national director of Vineyard USA who is based in Maine.

Cole said the church family is excited to honor Justice.

“It’s going to be a big weekend for us,” Cole said. “We know [Justice’s new position] is the right thing. We know it’s going to be an interesting transition, but at least he’s not leaving.”