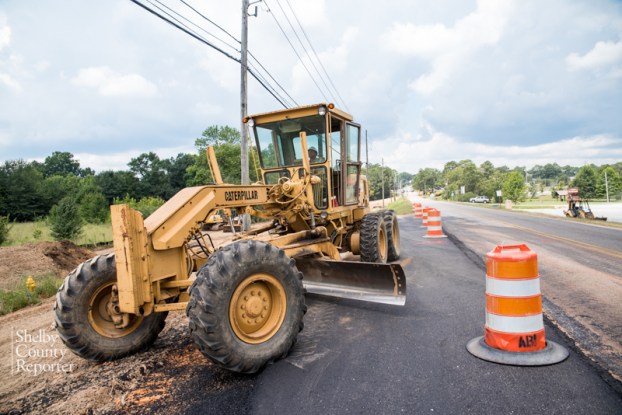 ALABASTER – The Shelby County Highway Department soon will divert traffic on Thompson Road onto a temporary bypass to allow crews to demolish the current bridge over Buck Creek, marking the next step in a project to widen Thompson Road between Alabama 119 and Warrior Drive.

During an Aug. 3 interview, Shelby County Engineer Randy Cole said crews were finalizing paving on the temporary bypass, which will handle traffic traveling over the creek while the bridge is replaced.

Demolition on the Buck Creek bridge was set to begin the week of Aug. 7, Cole said.

When the bridge is replaced, it will be wider than the current structure to handle the additional lanes slated for the stretch of Thompson Road.

Cole previously said the Highway Department originally estimated the project would cost about $3.8 million, but said the low bid came in at about $3.5 million. Funding for the project will be 80 percent federal funding and the county will fund the remaining 20 percent.

Through the project, Shelby County is also planning to extend Buck Creek Trail from its current terminus at Warrior Park to what is now the Thompson High School campus. The widening project also will help to handle traffic traveling to and from Alabaster’s new high school, which is set to open for the second semester of the 2017-2018 school year.

In separate projects along the Thompson Road corridor, a developer is making plans to add a Hardee’s restaurant and other developments near the Alabama 119-Thompson Road intersection, and the Alabaster City School System is working with the county Highway Department to add turn lanes on Thompson Road and Kent Dairy Road to handle traffic turning onto the new high school campus.

Helena community comes together for National Night Out