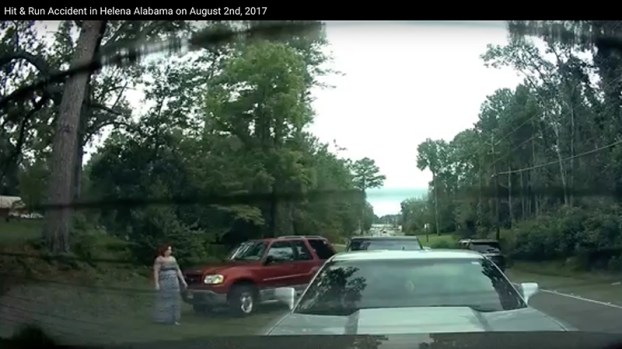 Kayla Diane Spitler was wanted in connection with a hit-and-run that occurred in Helena on Aug. 2. She was seen leaving the scene of the accident in a video posted online. (Contributed)

HELENA–A suspect wanted in connection with an alleged hit-and-run involving four vehicles that occurred on Alabama 261 on Wednesday, Aug. 2, has been arrested after the suspect was caught on camera leaving the scene of the accident. 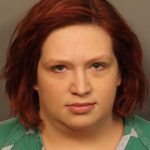 HPD arrested Kayla Diane Spitler, of Helena on Monday, Aug. 7, and charged her with leaving the scene of an accident.

In a phone interview with Helena Police Chief Pete Folmar the morning of Aug. 7, Folmar said HPD made the arrest after learning Spitler had an “unrelated outstanding warrant in Jefferson County.”

“This arrest was made possible thanks to the help of our community who spread the information far and wide in the hopes that someone would recognize her. It worked and she is now in jail. Thank you Helena,” A Facebook post from the department read.

The incident occurred on Wednesday, Aug. 2, and a video was captured by an on-board camera on one of the vehicles involved in the wreck.

The YouTube video, which has been circulating on social media since Aug. 6, asks for help in identifying the hit-and-run suspect who allegedly caused damage to three other vehicles and then is seen leaving the scene.

In the video posted to YouTube, a rear facing camera captures an early 2000s model red two-toned Ford Explorer rear-ending the back of a Kia Soul. The impact of the collision then caused a chain reaction where two more vehicles were hit and damaged.

After the accident, the suspect in the Ford Explorer is seen pulling onto the shoulder of the road and exiting the vehicle to inspect the damage before returning to her vehicle.

Later in the video, other drivers involved in the accident can be seen pulling to the side of the road when the suspect in the Ford Explorer then decides to speed off and leave the scene.

Heath Hinch, whose daughter was driving the Kia Soul at the time and was the first vehicle to be impacted, said if not for social media he doesn’t think the culprit would’ve been caught.

Hinch received a tip on Facebook the morning of Aug. 7, from someone who thought they recognized the driver.

“I had someone contact me this morning saying they thought they knew who the driver was,” Hinch said. “After contacting Helena Police, it turns out the woman who left the scene lived one street over from where my daughter and her mom live.”

Hinch said his daughter didn’t receive any injuries from the accident.

The video of the incident can be found here: Youtube.com/watch?v=6IqtGwuejQ4&sns=fb.

By NEAL WAGNER / Managing Editor Several Shelby County cities are among the best for young professionals, according to... read more