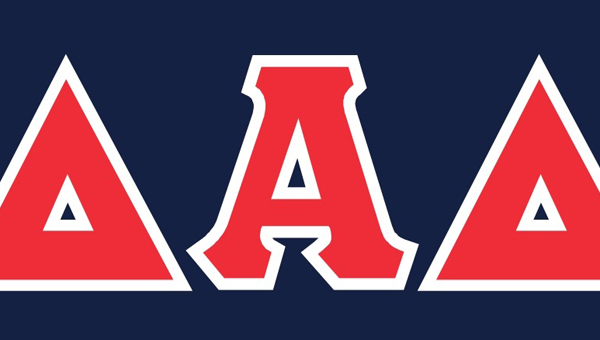 It was the latest show of support for a group of volunteer fathers interested in improving their children’s schools and community.

“People want to help, they just don’t know how or where to go to get started,” Mize said. “There’s always going to be dads, there just wasn’t any organization to it.”

Mize’s involvement began with his wife, who was a “room mom” for their daughter’s second grade class.

When his wife and daughter Bailey were sick for the school’s Grandparents Day, Mize had to fill in—cleaning tables, connecting with PTO President Amy Riley and setting in motion the founding of Delta Alpha Delta.

“As I was spending more time up there, I would have dads come up to me and ask, ‘Hey, I want to help, but the PTO is kind of intimidating,’” Mize said.

Delta Alpha Delta’s first outing as a group was tied to Church of the Highland’s Serve Day for a summer cleanup, and then the group helped with the OMES Fall Fun Fest—“putting out fires” like when generators for inflateables went out, Mize said.

“We just kind of kept growing and growing,” he said.

Mize knew the manager of a local Lowe’s Home Improvement store who told him about the company’s Toolbox for Education program that supplies grants to schools.

Mize discussed with OMES Principal Debbie Horton the school’s need for a new Science, Technology, Engineering and Math room, and after a visit to Liberty Park Elementary School to see its STEM room, Mize and school officials produced a list of desired items that totaled more than $78,000.

“We got every penny,” Mize said.

Then, in the spring, Delta Alpha Delta helped with the Movie on the Mountain event, whose previous sponsor had moved on to a different project.

With the dads helping and attendees drawn by food trucks, the event was a success.

Mize has connected with Shelby County Board of Education members Aubrey Miller and David Bobo.

“Their support has helped lend us more credibility,” Mize said.

Goals for the new school year include establishing a Delta Alpha Delta chapter at each Oak Mountain school.

The idea is that when students advance from one school to the next, dads that are members of Delta Alpha Delta will move up to the next chapter.

Leaders at each school have already been identified, and Mize said he thinks the group’s membership could push 100 by the end of the year.

The organization’s motto is to “Leave it better than you found it,” which Mize said is rooted in a childhood lesson.

“I’m borrowing the school people’s time for my daughter, so I want to leave it better than I found it,” he said.