Man gets work release for breaking into several vehicles

COLUMBIANA – A 26-year-old Alabaster man will spend the next several months completing a work release program, and will be on probation for a couple of years after he pleaded guilty to breaking into a multitude of vehicles in 2015. 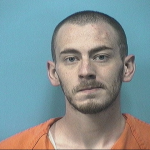 Geoffrey Allen Hall, who lists an address on Eddings Lane in Alabaster, pleaded guilty to three felony counts of unlawful breaking and entering a vehicle during a July 18 hearing in front of Circuit Court Judge William Bostick.

Through a plea agreement with prosecutors, 11 unlawful breaking and entering a vehicle charges were dropped against Hall.

As a result of his guilty pleas, Hall was sentenced to 46 months in prison, which was split between six months in the Shelby County Work Release program followed by two years on supervised probation. He received three days of jail credit.

If Hall violates the conditions of his work release or probation, his entire 46-month prison sentence could be reinstated.

The Alabaster Police Department arrested Hall on Oct. 29, 2015, and charged him with 14 felony counts of unlawful breaking and entering a vehicle.

The Hall’s arrest came after a Shelby County grand jury indicted the suspect on the 14 charges during its October 2015 session.

According to his indictment, Hall allegedly broke into a multitude of vehicles on July 22, 2015, including at least one belonging to a Pelham-based vehicle repair company.

When he was arrested on the breaking and entering charges, Hall was out on bond on a trio of felony second-degree receiving stolen property charges brought against him last August.

According to his arrest warrants, the receiving stolen property charges came after he allegedly was found in possession of a stolen amplifier, subwoofers and tools on July 19, 2015, and a stolen drill, driver set and a GoPro camera on July 22, 2015.

One dead after multiple wrecks on Aug. 11