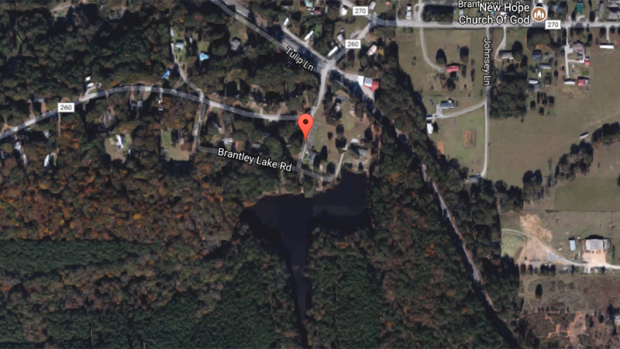 A body was discovered in a lake off Brantley Lake Road in southern Alabaster on Aug. 13, prompting a Shelby County Sheriff’s Office investigation. (Contributed)

ALABASTER – The Shelby County Sheriff’s Office said it does not suspect foul play after a body was discovered in a lake in southern Alabaster on Aug. 13.

At about 4:45 p.m. on Sunday, Aug. 13, SCSO deputies were dispatched after a passerby called to report a body in a lake near Brantley Lake Road, which is off Shelby County 270 in Alabaster.

When they arrived, deputies discovered the body of 53-year-old Rickey Dale Giles of Maylene in the private lake.

“Sheriff’s Office investigators are continuing their investigation into this death, however, at this time it does not appear that foul play was involved,” read an SCSO statement issued on Aug. 14. “If anyone has any information regarding the death of Mr. Giles, they are encouraged to contact Investigator Rodriguez at (205) 669-4181.”