COLUMBIANA – A Shelby man was arrested and charged with domestic violence in the third degree on Saturday, Aug. 12.

According court documents, Christopher Ray Phillips, 34, was arrested by the Shelby County Sheriff’s Office after an incident involving a pregnant adult and a child on Aug. 8. 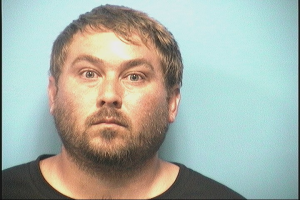 His arrest warrant states that Phillips “threatened to kill [the] victim and [the] victim’s 8-year-old child” and “kicked the victim in the stomach [while] she is 29 weeks pregnant.”

The warrant also alleged that Phillips “hit [the] victim in the face/head area” and “struck [the] victim and pushed her into a bath tub while she was trying to wipe blood off of herself.” The warrant stated that the incident ended when the victim left the house they were in and called a relative to take her to the hospital in order for her to check on the unborn child.

Domestic violence in the third degree is a class C felony. If convicted, Phillips could face up to a decade in prison and owe up to $15,000 in fines.

Phillips was held at the Shelby County Jail until he was released on a $10,000 bond on the day he was arrested. His case was assigned to Shelby County District Court Judge Daniel A. Crowson. His preliminary hearing is set for Sept. 20 at 8:30 a.m.

Compact 2020 videos aim to educate parents on drug use prevention