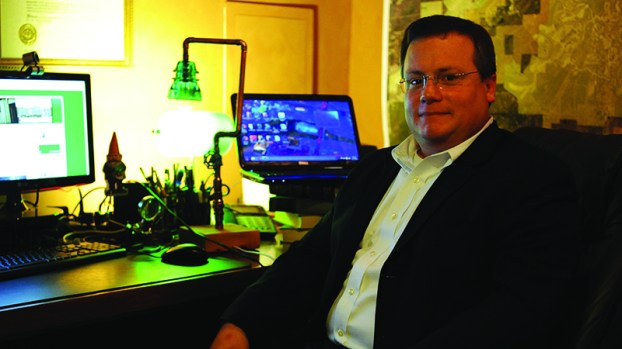 After battling illness for more than two years, Helena resident and creator of the “No Sleep in Helena” blog has announced he will be shutting down the blog within the next month after 13 years. (File)

HELENA–Helena resident, city councilman and creator of the popular, “No Sleep in Helena” online blog Hal Woodman is working to gain back his strength and once again become heavily involved in the community after having a tumultuous two years related to his health because of a rare skin infection.

Woodman made his first public appearance in Helena since June on Friday, Aug. 11, after spending several weeks in the hospital, and provided insight on what he’s been dealing with the last two years, as well as his plans for the future.

Woodman, who does not shy away from his love for the Helena community, is used to being a primary voice in the city whether it be through his blog or serving on various committees since moving to Helena in 1999.

Woodman prides himself on his involvement in Helena, stating he had, “Perfect attendance at council meetings this term and posted more than 12 years on his blog before stopping for weeks when his health declined.”

Woodman acknowledged he was grateful to the people of Helena who have reached out to him via social media, texts, etc., but due to his recent health struggles he wasn’t able to respond to each person.

“Instead of doing a long Facebook post or blog post I kind of wanted to share about pyoderma and about why I disappeared for a little bit and kind of what’s going to change,” Woodman said.

“I had gotten three black dots that appeared on my leg and they diagnosed it as a brown recluse spider bite,” Woodman said. “In reality, it could’ve been anything but what it did is it triggered a condition called pyoderma gangrenosum. It is a type of disease where your body attacks another part of the body, the immune system does. What happened was… those three dots… eventually necrosis formed and the skin started to turn black and fall off. It aggressively continued to grow and of course I sought medical help.”

Due to the rarity of the condition, Woodman said it could be tricky for doctors to find the right amount of drugs to cure pyoderma as each case can vary from person to person.

Doctors first treated Woodman with doses of Prednisone and organ transplant drugs to suppress his immune system for the spot on his left shin. The drugs included some unwanted side effects, but ultimately the Prednisone began to help heal his leg.

“After trying the organ transplant drugs, they decided to go back to large amounts of Prednisone,” Woodman said. “That’s when I ended up gaining 100 pounds and I wasn’t able to walk or move very much, so I was really sitting down in front of the computer all day. But something happened when I switched to the Prednisone and that’s that it started to heal. Since the skin damage was so large, it took almost a year to heal.”

After a year of healing, Woodman said he began to feel optimistic that he could start walking and exercising again without getting inflammation, but then he had another setback.

At the end of June 2017, the wound began to turn black around the edges and grow again.

“The doctors tried to aggressively treat it but a lot of things happened,” Woodman said. “As it started to grow again, they started to increase the amount of medicine I was taking and I had a bilateral pulmonary embolism which is basically when blood clots form in both lungs. Then with all the medication, I developed a chemically induced type II diabetes where I didn’t have that before. That’s when everything was hitting at that point and that’s when I missed the City Council meeting and I’ve just been in and out of the hospital since the end of June.”

In the last month and a half, Woodman has developed atrophy in his leg muscles from being bed ridden for so long, and he is now working with physical therapists to gain back his strength.

He also experienced vision problems and had a hard time reading emails and answering posts, which brought Woodman to his next decision.

“After almost 13 years, I couldn’t write the blog or post so I had to share messages,” Woodman said. “The other part of this is that one of the changes I thought about making is that I’m going to retire the No Sleep blog. When I started the blog, Facebook had not been established and I started the blog originally as a personal page for my relatives. Then, eventually I converted it into a news and event blog in 2005 so I like to say technically I started it before Facebook started. This is going to be the 13th year of the blog and I want to retire it.”

The name “No Sleep in Helena” is derived from Woodman’s 13 years working night shifts, when he would write the majority of his blog posts at night.

Going forward, Woodman said he will plan to still share posts and Helena news events on his own social media platforms, but he will not be creating any original content.

“That’s kind of the explanation of why I’ve stopped doing something that I’ve done for such a long time,” Woodman said. “Plus, when I started the blog the only thing that was here was a city controlled newsletter, and Facebook hadn’t really caught on. The blog was kind of the only place you could hear something outside as an independent voice and now you’ve got the Helena Reporter and everyone has their own HOA Facebook page and several other Facebook groups, so everybody has incredible ways to interact with each other now.”

The No Sleep in Helena Blog is connected to a few other city pages such as Helena Market Days, and Woodman said once he separates the domains, the goal is to shut down the blog within the next month.

Woodman is currently out of the hospital and plans to continue working his way back to continue to help and volunteer in any way he can in Helena.

“I’m just really motivated because I spent so much time in the hospital to get back,” Woodman said.

Woodman was back in the Helena Council Chambers on Monday, Aug. 14, where the other council members showed their support for Woodman and wished him well on his path to recovery.