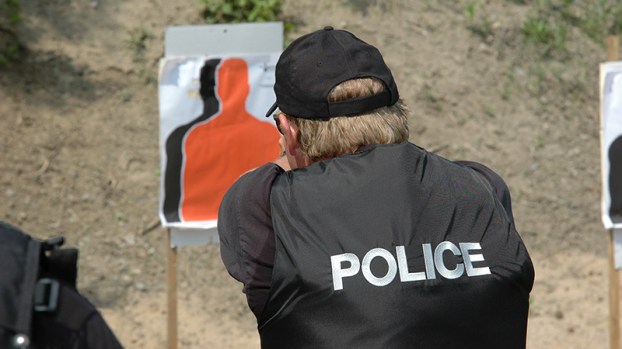 A 1,100-square-foot training facility will soon be installed at the APD’s practice range located in Limestone Park. (File)

ALABASTER – The police firing range at Alabaster’s Limestone Park soon will see some new activity and a few upgrades, after the City Council recently approved an agreement to allow the Hoover Police Department to use the facility for training.

Council members voted unanimously during an Aug. 14 meeting to approve the partnership, which will allow HPD officers to conduct their live-fire training at the range. HPD previously conducted its training at a privately owned shooting range in Hoover.

Through the agreement, the HPD also will help to add a small indoor classroom on the range property.

The APD firing range is in a secure fenced-in area on the southwestern portion of Limestone Park, which is off U.S. 31 in southern Alabaster. Once completed, the small indoor classroom will be contained in the current fenced-in area surrounding the firing range.

Alabaster City Manager Brian Binzer previously said the APD was looking to finalize the partnership before the end of the 2017 budget year, which wraps up at the end of September.

Alabaster Mayor Marty Handlon previously said the HPD has already been working with the APD to use the firing range, and said the agreement put the partnership in writing.

“This is just a win-win for both cities,” said Ward 5 Alabaster Councilman Russell Bedsole, who also is a deputy with the Shelby County Sheriff’s Office. “This opens up the opportunity for some joint training sessions, and there will be some classes our officers can attend that will be hosted by the HPD.”

The partnership marks the latest development at Limestone Park, which currently houses a community garden, elevated birding trail and a remote controlled aircraft field. Alabaster is currently in the process of bidding out a project to construct a facility near the firing range to house the city’s garbage trucks once Alabaster starts its own garbage service in early 2018.