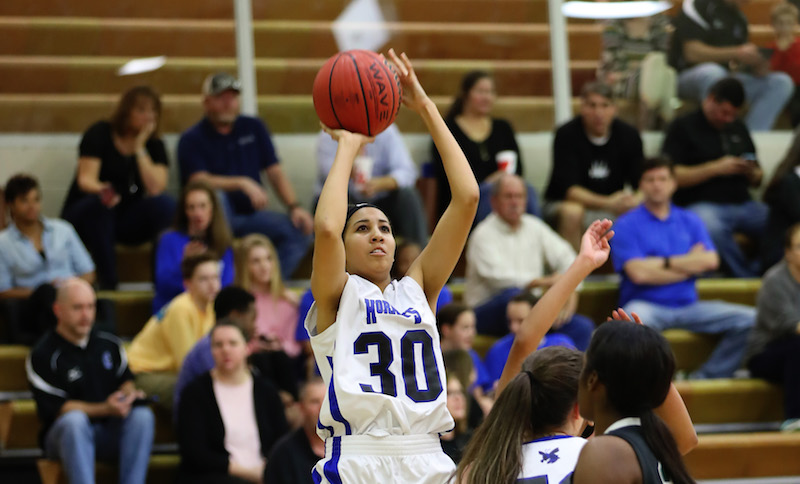 Jordan Parker will be a sophomore this season for Chelsea and was recently named a No. 9 prospect at an exposure camp in Augusta, Georgia. (File)

AUGUSTA, GA. — It’s incredible to see the transition that the Chelsea girls basketball team has made over the last year going from a six-win team in 2015-16 to a 16-win team in 2016-17 under head coach Lori Weber.

A lot of that transition was due in large part to some young talent that is on its way to creating one of the best girls basketball rosters in the state. Michaella Edwards and Jordan Parker are two of those bright stars, and on Sunday, Aug. 20, the two got the opportunity to compete in an exposure camp in Augusta, Georgia where they wowed people on a higher stage than just locally.

Edwards, a junior, and Parker, a sophomore, both took part in the Will Avery Review camp that featured 48 juniors, sophomores and freshmen from Georgia, South Carolina, North Carolina and Alabama.

By the end of the event, the two impressed enough to be named as two of the top 10 players at the camp according to Chad Cook who covers basketball locally in Augusta.

Edwards, who averaged 29 points and 11.1 rebounds per game and was also named the Shelby County Player of the Year this past season, was named as the No. 5 prospect at the camp. 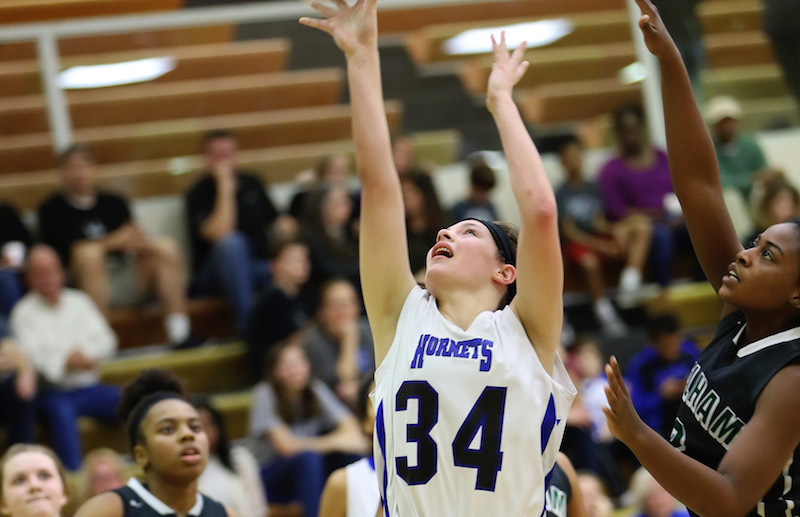 Michaella Edwards was also named as one of the top 10 prospects at the event earning the No. 5 spot as one of the best 48 players invited. (File)

Parker averaged just 4.3 points and 4.6 rebounds per game this past season, but was just a freshman and already the tallest player on the team. She was named the No. 9 prospect at this particular camp and should see a much bigger role as she goes into her sophomore season with the Hornets.

The 48 players taking part in the camp at Columbia Middle School were handpicked by Will Avery, a former Duke Blue Devils star and NBA player with the Minnesota Timberwolves, and split into six teams. Avery along with Roy Peake, his coaching partner on the AAU circuit, led the six teams of standouts.

After seeing each of the players compete, both coaches believed all the players selected to attend have the potential to play college basketball.

Edwards and Parker clearly stood out from the rest as Cook named them to his “Terrific Ten” after strong performances from each. It’s just another promising aspect of a Chelsea team that is on its way to big things during the upcoming 2017-18 season.

Chelsea will only lose two players heading into the new season with Kathryne Shoop graduating and Allie Miller transferring to Thompson, meaning they return 10 players to a team that should be a favorite in 6A Region 8.