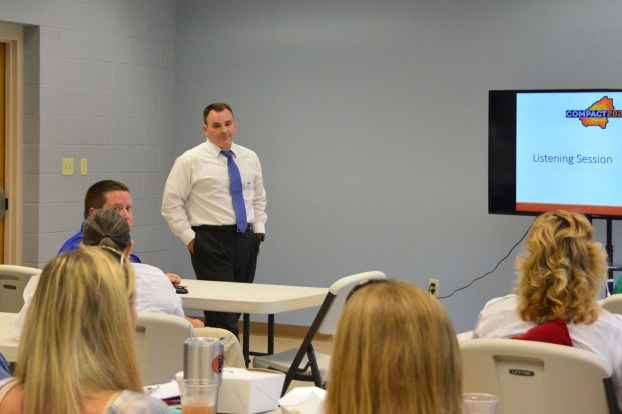 CHELSEA – City officials and other community leaders discussed how to rid the Chelsea area of dangerous drug use and discourage risky behaviors among youth at the city’s first drug prevention team meeting on Wednesday, Aug. 17.

According to Compact 2020 Director and Shelby County Chief Assistant District Attorney Alan Miller, the meeting was an open house event that helped Compact 2020 and the newly formed group assess the needs of the community and form a plan to combat drug abuse in the area.

“This was to show what we’ve seen in Chelsea and try to describe the process we’re going to use,” Miller said.

According to Miller, the most widespread drug problems in Chelsea involve marijuana and alcohol, and cited social media and the availability of items that could be used as drug paraphernalia and drugs that have not yet been declared illegal as contributing factors to the problems.

Miller also called for making drug treatment more accessible to youth in the area and reducing the stigma attached to getting help.

“Years ago, there was a proposal by Bradford (Health Services) to put a treatment facility in Columbiana and it was shut right down,” Miller said. “Pretending it doesn’t exist doesn’t help anything.”

In September, Miller said the group will be identifying drug-related problems in Chelsea and working to change conditions that could lead to drug abuse in adolescents.

Miller described the turnout of the first meeting as “awesome,” and said he appreciates the involvement of so many community members.

“It shows that this community wants to do something about this problem,” Miller said. “We had everyone who we asked to come and more.”

Chelsea High School Principal Wayne Trucks said he attended the meeting to improve the lives of his students, and plans to continue the school administration’s involvement with the group.

“I want to find another way to help our students be successful,” Trucks said. “We’re always concerned about the choices our students make, in and out of school.”

By NEAL WAGNER / Managing Editor ALABASTER – A Sunday afternoon fire at a residence in the 100 block of Timber Ridge... read more