Bold predictions for the 2017 football season in Shelby County 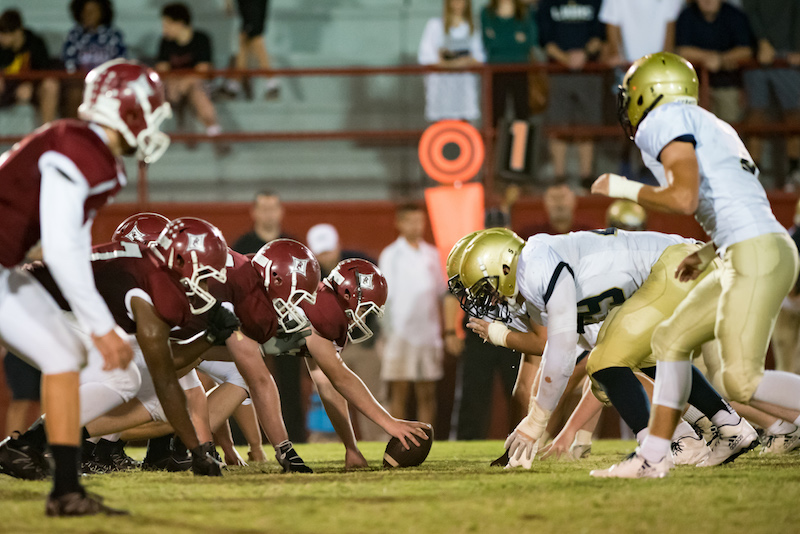 Is this the year Shelby County finally makes it back to the playoffs? My bold prediction says yes. (File)

In the sports world, it’s always fun to look ahead and predict what will happen. While we normally get carried away with the typical who will win what and who has the best chance to do this, it’s sometimes fun to make predictions that shake things up and nobody expects. That’s what we’ve done below with our bold predictions for 2017 in Shelby County high school football.

A bold prediction is just that, a prediction that most people don’t expect to happen, so the Warriors shouldn’t get too carried away with this one. For one it’s a game that isn’t played until week 10 of the regular season as their second to last game, which means health could play a major factor.

That being said, should both teams stay healthy throughout the year, this game has the potential to be for the region crown. Another thing going against Thompson, however, is that they have never been able to defeat the Bucs at any point in the school’s history.

That being said, this is probably the most level these teams have been on the playing field since they first squared off against each other. The Warriors have probably the most loaded and deep offenses in the state and returns four key playmakers — one to each skill position — to a defense that gave up just nine points per game last season.

Hoover isn’t going to take kindly to all of this talk about Thompson being better, but bold prediction says there’s a first time for everything and this is the year the Warriors pull off the inevitable.

This starts a string of three straight teams that I boldly predict will make the playoffs in 2017 after struggling over the last several years. The Wildcats have been on the verge of a break through the last two seasons missing the playoffs by one game each year.

This season, they look to improve for the fourth straight year under head coach Heath Childers. The return of quarterback Chadwyn Russ and two premier running backs should help their case. They need to sure up the defensive side of the ball, but the secondary has done a good job of stepping up in the offseason to show the rest of the defense what to expect.

Shelby County is currently in a playoff drought that dates back to 2009, but with the most experienced offense Childers has had and a defense that can’t be any worse than last year, a bold prediction says this is the year that drought ends.

Vincent last made the playoffs in 2014, so that drought isn’t too drastic, but over the last couple of years they have been in full rebuild mode. After that 4-7 playoff team lost 67-7 in the first round, the Yellow Jackets went into 2015 and finished 0-10.

Wiley McKeller stepped in a season ago to take over the rebuilding efforts and despite a 1-9 finish, Vincent improved drastically. I am a full believer in what McKeller is doing and he proved he knows what he’s doing himself at Calera for several years.

Four consecutive games against Woodland, Horseshoe Bend, Reeltown and Ranburne to end region play later in the second half of the season will be the key to this team’s success. Those games were all close to 20-point losses a season ago, but seems to be much more manageable in year two under McKeller with pretty much the entire team back.

While the playoffs may seem far-fetched, this is a bold prediction and this Yellow Jackets team has made huge strides in just one year.

Pelham last made the playoffs in 2013, but since then the Panthers have gone 6-24 in the last three years — including a 3-17 mark the last two seasons.

A lot of those struggles have stemmed from the split with Helena High School, but in 2017 head coach Tom Causey has 36 upperclassmen ready to lead this team, meaning they are on the cusp of a breakthrough season either this year or next.

While they could still be a year away, there’s no time like the present in my opinion. With the return of Nicholas Blackburn at running back to lead the show and both Matthew Rye and Xavier Lankford capable of handling the quarterback position, this year’s offense should be solid.

It will really come down to the defensive side of the ball, specifically depth, as the Panthers look to compete late in games, which was the main problem in 2016.

The talent level in Class 6A Region 3 seems to have leveled out in 2017, meaning it’s a tossup as to who will get that fourth and final playoff spot. Right now, my bold prediction is that spot will go to the Panthers.